In 1995, Indiana’s Department of Natural Resources (DNR) began a program to reintroduce otters to the state. Since then, Purdue researchers have helped Hoosiers understand how otters fit in the state’s ecosystem.

“Our Forestry and Natural Resources (FNR) department has been involved in researching aspects of the river otter population in Indiana for decades,” said Zollner. “Our faculty did genetic research on the first otters being brought in from Louisiana to refound the population.”

Otters’ semi-aquatic lifestyles separate them from most of Indiana’s mammals. 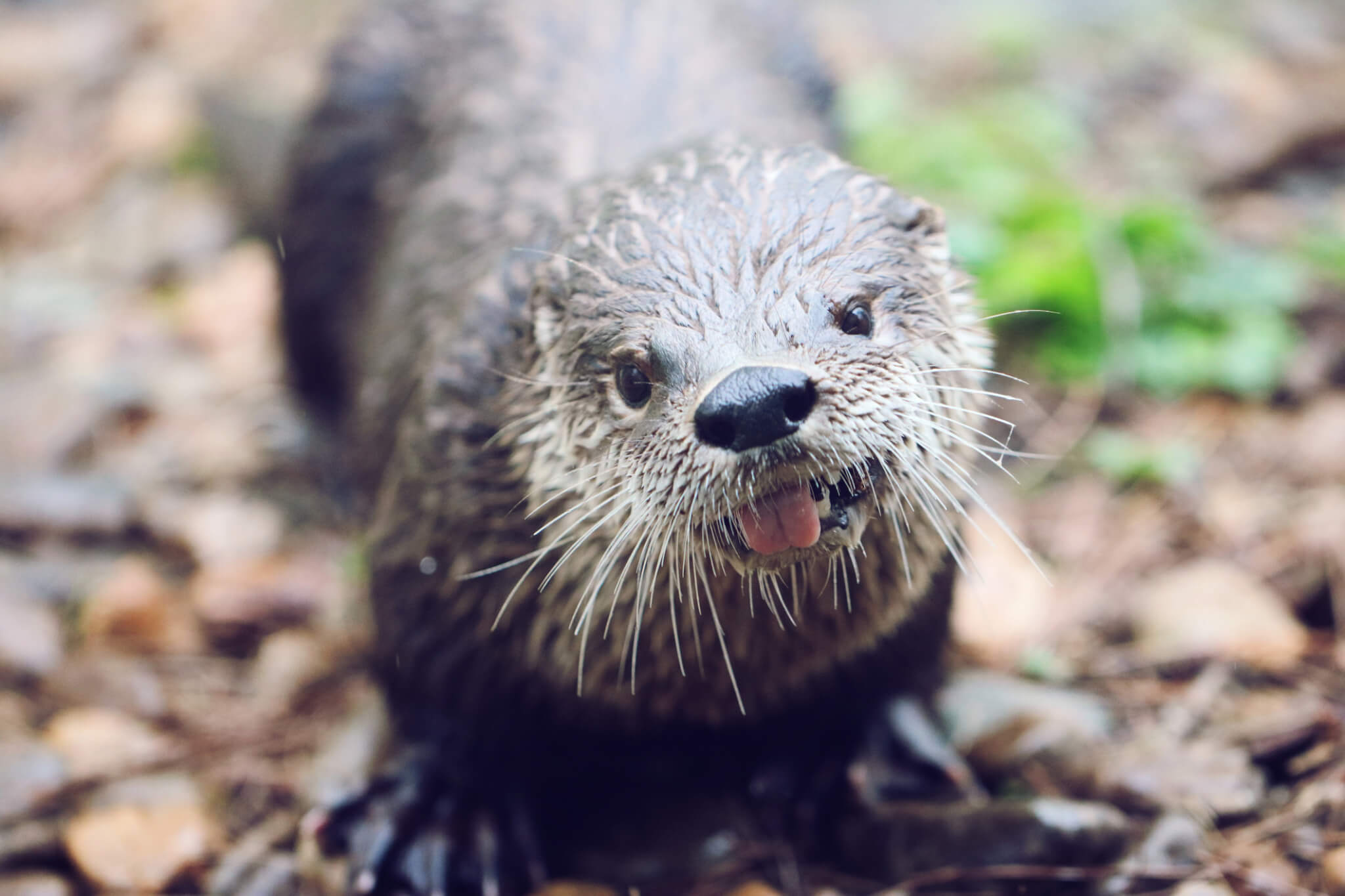 “Everything about an otter’s body plays a big role in their success in the environment,” explains Zollner. “From their thick, water-resistant fur to the shape of their bodies, they are set up to move through water and catch prey. They are a high-level predator.

“My former Ph.D. student, Casey Day, organized a large group of undergraduate researchers to collect data on river otter diet in Indiana. They used gross fecal analysis (GFA) and found crayfish are an important part of their diet.”

Otters’ droppings give researchers like Zollner insight into behaviors beyond eating habits. “Latrine sites are a common means of communication for many mammals,” Zollner explained. “For otters, much of that olfactory communication is associated with defecation and urination. They share information on topics like their reproductive condition and who is present nearby.” Unlike visual or auditory communication, the message can be received long after an otter leaves an area.

“Otter populations have grown and spread across most of the state,” Zollner noted. “Their numbers are high enough that we even have a harvest now. It is a great success story.”

The comeback is so large, researchers are examining potential undesirable effects.

“With the resurgence of the river otter population in Indiana, sport fishermen have expressed growing concerns that otters might have a negative impact on recreational fisheries,” said Erangi Heenkenda, a Ph.D. student in the lab of Andrew DeWoody.

To examine the validity of the concerns and discover how much of an otter’s diet consists of sportfish, Heenkenda worked with the Indiana DNR using otter carcasses provided by trappers. Her findings helped her win an award for the best student presentation at the spring 2021 meeting of the Indiana Chapter of the American Fisheries Society.

“We dissected otters, sequenced the fish DNA from their stomach contents and matched the sequences to local fish species. The evidence indicated sportfish are a relatively small component of the diet in our sample. We were surprised by the diversity of fish prey species in otter stomachs.”

In 1962’s “The Annotated Mother Goose,” author William S. Baring-Gould theorized the five golden rings included in “The 12 Days of Christmas” refer not to jewelry, but Ring-necked Pheasants. Whether his theory matches the English Christmas carol’s original meaning or not, pheasants have secured their place in the holiday season for families across rural America.