he Feed the Future Innovation Lab for Food Safety (FSIL), based at Purdue University and Cornell University and funded by the U.S. Agency for International Development (USAID), has launched two new food safety research projects in Nepal and Nigeria. The research partnerships, led by U.S. based Minority Serving Institutions (MSIs), will address policies and practices that reduce the burden of foodborne disease and malnutrition.

The projects are the culmination of a competitive Request for Applications (RFA) process that recruited experts at MSIs to address gaps in food safety research in Africa and Asia. Officially designated by the U.S. Department of Education, MSIs include colleges and universities that enroll a significant percentage of Alaskan Native, Asian American, Black, Hispanic, Native American, Native American Pacific Islander or Native Hawaiian students.

“Because MSIs often have a teaching-intensive focus, they sometimes lack the research infrastructure to manage large-scale projects,” says Levon Esters, associate dean for Diversity, Equity & Inclusion and Faculty Affairs Purdue Polytechnic Institute and professor of Agricultural Sciences Education. “So, in addition to positioning MSIs to address global issues related to food safety research, FSIL Director Haley Oliver and I also recognized an opportunity to help build capacity among MSIs to engage with USAID funded projects and become the leaders within those projects.”

Esters served as an advisor in the development of the RFA and outreach to MSIs. He is the lead author on a report commissioned by the Norman Borlaug Institute for International Agriculture that assessed engagement between MSIs and USAID-funded Feed the Future Innovation Labs. The report found that although MSIs have a strong record of accomplishment working in international engagement tied to global food, agriculture and rural community issues, they currently lead a limited portfolio of projects within USAID-funded programs.

According to FSIL Director and professor of food science Haley Oliver, the RFA process supported MSI researchers in developing competitive proposals, including an initial ideation session to help applicants strengthen their project ideas for the concept note stage. The FSIL leadership and technical experts also held individual team meetings to refine proposals. Anonymous surveys of participants were conducted throughout the process to gather data on the strengths and weaknesses of the RFA process itself.

“It is our responsibility to be more inclusive, to seek out and create opportunities to make a systemic change,” says Oliver. FSIL is one of more than 20 Innovation Labs funded by the United States Agency for International Development (USAID) as part of Feed the Future, the U.S. Government’s global hunger and food security initiative.

“We hope that this initiative will help other Innovation Labs design similar projects,” says Oliver. “Openly sharing information about our process can help others to initiate change.”

Oliver noted that marketing the RFA was critical to the success of the process and credits the Rutgers University Center for Minority Serving Institutions with developing a contact list for outreach to agriculture and public health programs at four-year MSIs. More than 40 researchers at 23 MSIs participated in the RFA, and two projects were funded.

One team, led by Aditya Khanal, associate professor of agribusiness at Tennessee State University, will collaborate with Nepali partners to assess food safety risks and use an economics approach to identify incentives for consumers and producers that could transform local food safety policies and practices.

“I highly appreciate the facilitation I received from FSIL management, and I am excited to be part of the team and contribute to food security and food safety challenges in target Feed the Future initiative,” says Khanal.

The second project, led by Andrea Bersamin at the University of Alaska Fairbanks, will use a community-based approach to identify strategic, feasible activities to mitigate and prevent household foodborne illnesses and related malnutrition in urban Nigeria.

“I am very excited to be working with an experienced interdisciplinary and international team to understand household vulnerability to food safety in Nigeria,” says Bersamin, associate professor of nutrition in the Department of Biology and Wildlife. “I’m grateful for the FSIL’s commitment to supporting MSIs and their guidance that led to the funding of this project.”

Karen Plaut, the Glenn W. Sample Dean of Purdue’s College of Agriculture, praised the results of this novel effort. “Being inclusive requires being intentional. Dr. Oliver, Dr. Esters and their colleagues initiated a groundbreaking outreach effort with impressive results.”

“Minority serving institutions are a rich, underutilized source of talent and skill. They have a broad network that could support the U.S. government in addressing critical global development challenges," says Jim Barnart, USAID/RFS Assistant to the Administrator. "I commend the Feed the Future Innovation Lab for Food Safety for initiating several Minority Serving Institutions-led partnerships like the partnership with Tennessee State University and the University of Alaska Fairbanks in USAID research programs. I encourage other partners to follow the Food Safety Innovation Lab’s lead and prioritize USAID’s New Partners Initiative and Diversity, Equity, Inclusion and Accessibility Strategy. We must leverage a broad range of experiences and expertise to work towards ending hunger, poverty, and malnutrition across the globe. “ 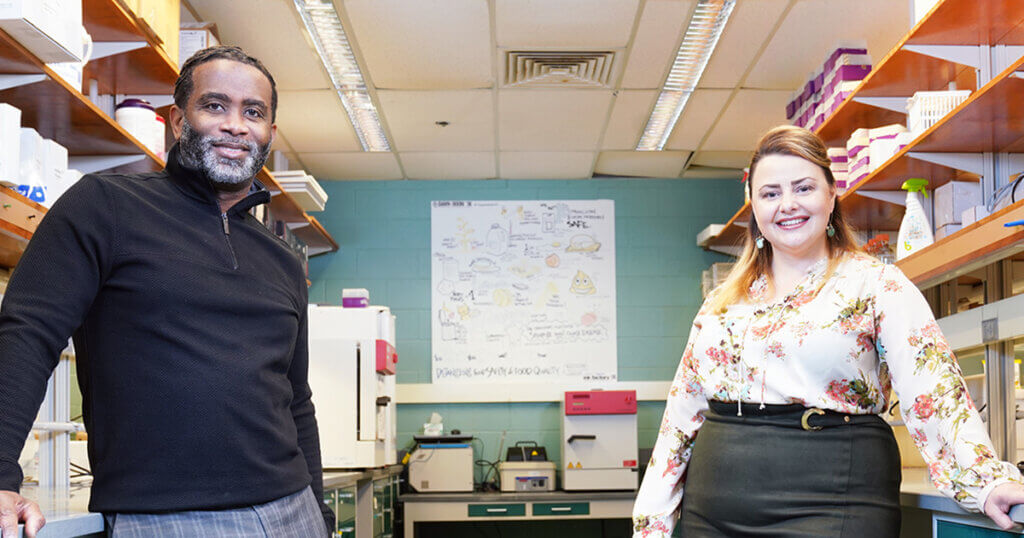