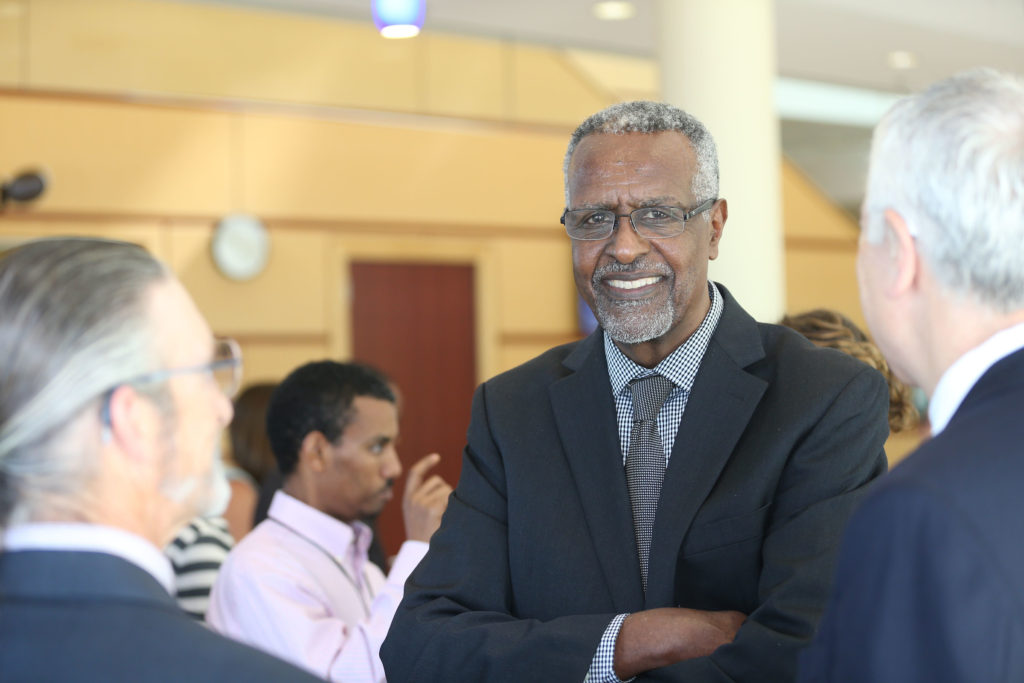 “It is a great honor and an awesome responsibility to be named a successor to Norman Borlaug and M. S. Swaminathan as the new chair of the World Food Prize Selection Committee,” said Ejeta. “I accept the confidence and trust bestowed upon me by the Council of Advisors with absolute humility.”

Karen Plaut, the Glenn W. Sample Dean of the College of Agriculture, said Dr. Ejeta’s appointment reflects his worldwide stature and commitment to the World Food Prize’s mission of honoring outstanding individuals who have made vital contributions to improving the quality, quantity, or availability of food throughout the world.

“Dr. Ejeta has earned worldwide respect for his work not only in developing improved seed, but for his continuing work with African countries to build sustainable seed systems,” Plaut said. “He works in partnership with Haramaya University in Ethiopia to build educational opportunities and also trains graduate students from around the world through the Borlaug Summer Institute for Global Food Security. There is no one more committed to making a difference in global food security than Dr.  Ejeta.”

Ejeta earned his Ph.D. in plant breeding and genetics from Purdue University. In the decades since he received his degree, Ejeta’s work with sorghum and plant genetics has taken him around the world and across disciplines.

In 2009 Ejeta received the World Food Prize for his development of sorghum hybrids resistant to drought and Striga, a parasitic weed native to Africa, Asia and Australia, which devastates crops like sorghum. As a result of his work, African farmers saw sorghum yields increase by up to four times that of other local sorghum variants.

Ejeta was deeply involved in the initial roll out of these hybrid seeds in eight African countries. The work even brought Ejeta back to his native Ethiopia. Growing up in a one-room hut in the rural village of Wollonkomi, Ethiopia, Ejeta received firsthand exposure to the devastating effects of poverty and food insecurity, experiences that to this day steer his research and career.

The success of Ejeta’s sorghum hybrids and his advocacy for human capacity-building have made him an authority on the intersection of agriculture, economic development and agricultural policy, especially in developing countries. Ejeta participated in the U.S. Science Envoy Program; a State Department initiative designed to prompt an international exchange of research and ideas among academics. He also served as an advisor to major organizations like The Rockefeller Foundation, the Food and Agriculture Organization and the United Nations on the advisory board to UN secretary general Ban Ki Moon.

A recent $5 million grant from the Bill and Melinda Gates Foundation allows Ejeta to advance hybrid varieties of sorghum. The grant, awarded in 2017, also allows Ejeta and his team to widen the reach of their project, bringing drought and Striga resistant sorghum to eight additional African countries.