PICS: How a technology scaled up to reach millions 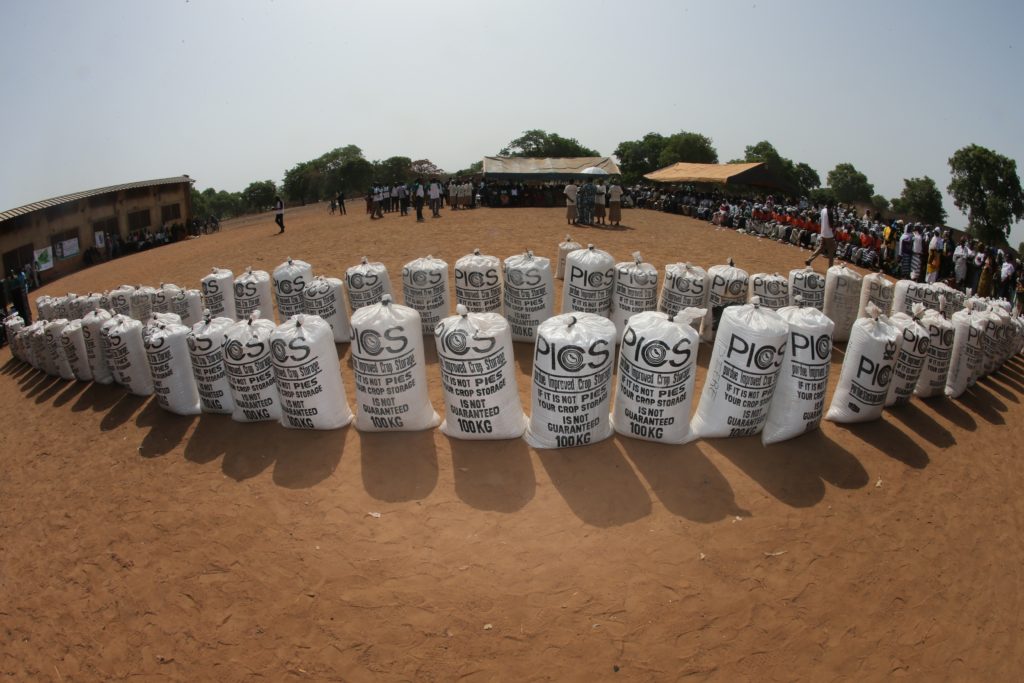 Why do we turn on our radios? For music, entertainment and maybe for news, if we’re feeling virtuous. Hardly anyone in the United States would say they turn on their radios for the advertisements. But if you’re a farmer in Eastern or Western Africa, a radio advertisement could be the difference between your family eating or going hungry.

The Purdue Improved Crop Storage (PICS) project, an initiative out of Purdue University, focuses on improving market access and food security among smallholder farmers in Sub-Saharan Africa and, more recently, Asian and South American countries. PICS, triple-layered, airtight storage bags- enable farmers to store cereals and legumes, like cowpeas, maize, wheat and rice, for extended periods of time without the use of pesticides. This technology permits farmers to retain food for personal use or sale when market prices improve. The PICS project was launched in 2007 and has reached 5 million farmers and 57,000 villages.

“Education is an essential piece to scaling up technologies,” he said. “It’s building awareness, it’s helping people to understand this technology will benefit them.”

Radio has been crucial to this strategy, from legitimizing PICS to explaining the technology, Baributsa says. In many African countries, radio is the most accessible medium, making it a powerful channel of communication. Scholars have long credited radio as the vehicle that helped gain support for more progressive politics and the “third wave” of democratization that swept the continent, beginning in the 1990s.

“Someone wrote to us and said they saved three bags of seeds using PICS bags, which they then sold when the price at market was higher. That was enough to send their kid to school,” Braund adds. “Education is so important. You can have a bag available, but if people don’t know how to use it then it’s useless.”

In every country, Baributsa explains, consultants and educators are given a central message about PICS- chemical free, improves income and food security- and then allowed to develop their own messaging campaign, whether that’s radio advertisements, posters or some other marketing campaign. The variety of approaches is evident on PICS’ YouTube page, which catalogs these efforts. PICS consultants also have access to a variety of print materials, instructional flyers and pamphlets, which have been translated into many different languages, even jingles about PICS.

“A lot of time we as researchers have this neat technology, but when we get out there it doesn’t work. It needs to be economically viable and socially acceptable otherwise chances of failure are high,” Baributsa says.

Stage one is advertising and marketing. Stage two comes when field agents visit villages to demonstrate the proper usage of PICS bags and answer questions about the technology. Researchers and innovators always wonder how to best promote and adapt their technologies- a process known as scaling up. Baribusta says the answer is tailored education, which builds trust in the product and ensures effective usage.

Baribusta will drive home this message when he presents at Purdue’s Scale Up Conference in late September. The conference, the first of its kind in North America, will address how the large-scale adoption of agricultural technologies can shift innovations from research institutions into market place in the developing world. Akinwumi Adesina, Purdue alumnus and president of the African Development Bank, will give the keynote address, followed by two days of presentations from scale up experts like Baributsa.

Baributsa says he realized PICS had been successfully scaled up when imitator PICS bags started showing up in the marketplace.

That’s also another reason the educational component remains important, so those affiliated with PICS can warn farmers against copy-cat technology that doesn’t work as well. Education goes both ways, Baributsa adds. It’s not just about imposing a technology on a community. Communities also inform the technology. 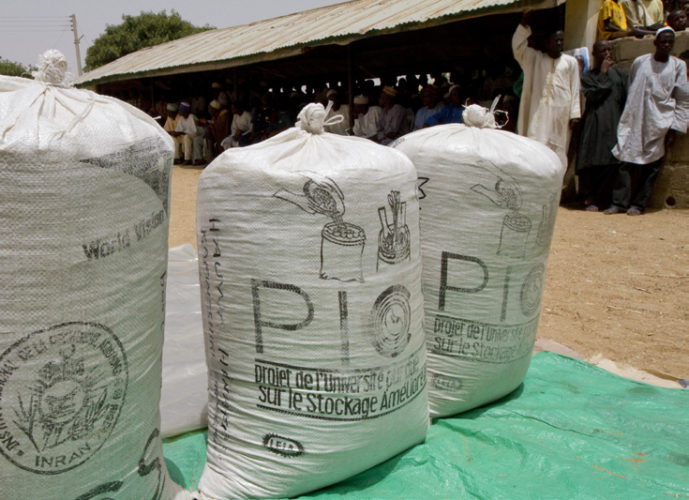 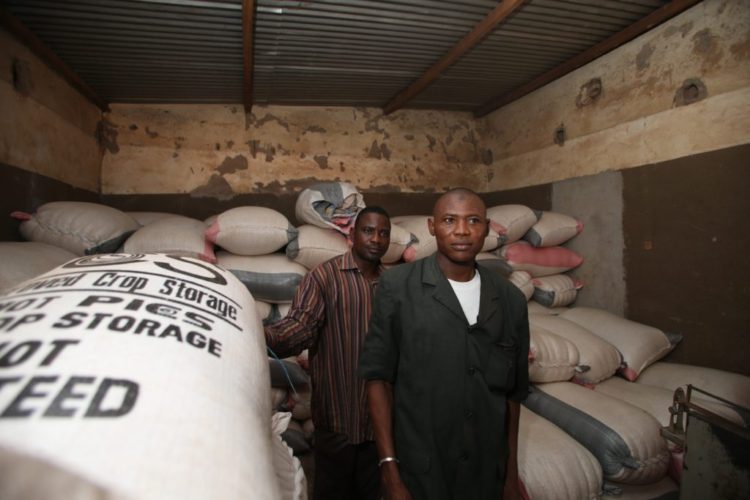 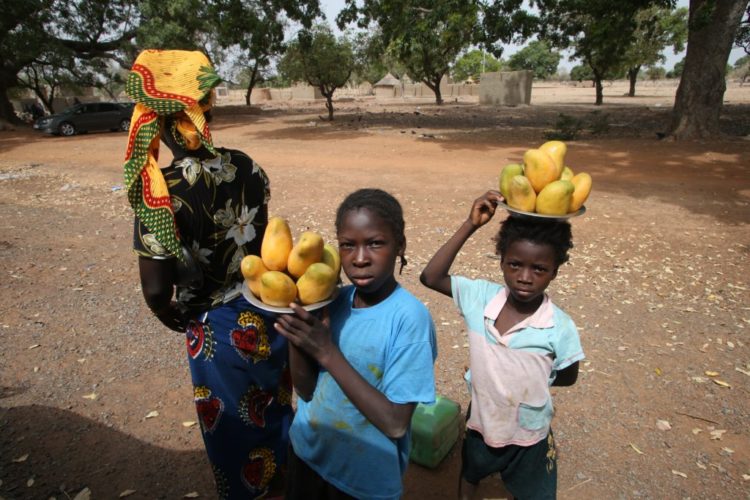 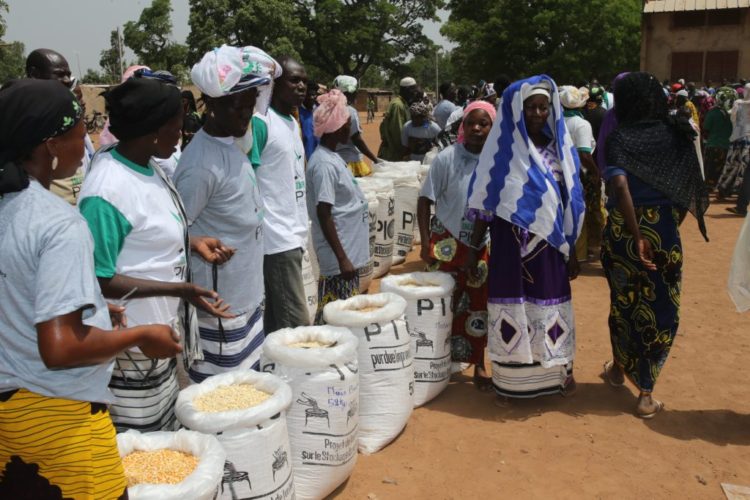 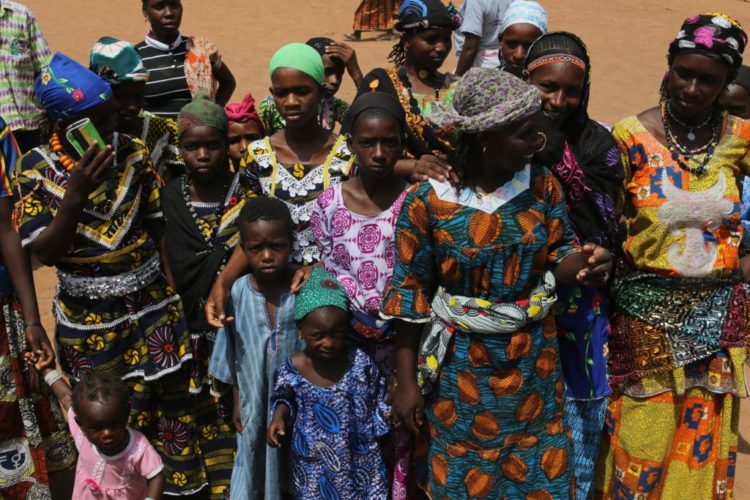 Originally, PICS bags were devised to store only cowpeas. But Baributsa kept hearing from farmers that the bags worked well to store other cereals and legumes such as maize, rice, common beans, and groundnuts. So, Baributsa and his team began tests and it turned out the farmers were absolutely right. And that, Baributsa reveals, is the final piece in scaling up a project- listening to clients as they engage with the technology.

“You teach them but at the same time you’re learning from them what needs to be improved. Initially, we didn’t think the bags would work with other crops, they were originally just for cowpeas,” Baributsa said. “Farmers kept telling me they were putting maize in them and I’m like ‘no don’t do that’ but they kept telling me it is working. They were right.”