In case you’re wondering (and if you’re not, you should be), yes, there is now the opportunity to make a Purdue-themed Black and Tan cocktail.

This week, Purdue’s food science department, in partnership with Lafayette-based People’s Brewing Co., launched their second Purdue-branded beer, Boiler Black. The porter compliments Boiler Gold, an ale born of the same partnership, which launched last year. The goal says Chris Johnson, owner and head brewer of People’s, was always to produce a light and a dark Purdue-branded beer. And the possibility they might be mixed to create the popular Black and Tan, well, that’s just icing on the cake.

“Chris Johnson and I actually had a scientific discussion about Black and Tans,” Brian Farkas, head of the food science department says. “Of course, it depends on the specific gravity of how Boiler Black turns out. It also depends on the temperature of the two beers. But the potential is there and I’m excited to try it.”

This was one of many scientific discussions the pair had about Boiler Black during its conception. The beer was developed using the capabilities of food science’s Hops and Brewing Analysis Laboratory, which was established in 2015 to support the craft brewing industry. Test batches of the beer were also brewed using the department’s newly acquired one-barrel brewing system. The system and the lab will be used by students and faculty in the department’s newest minor: fermentation sciences. 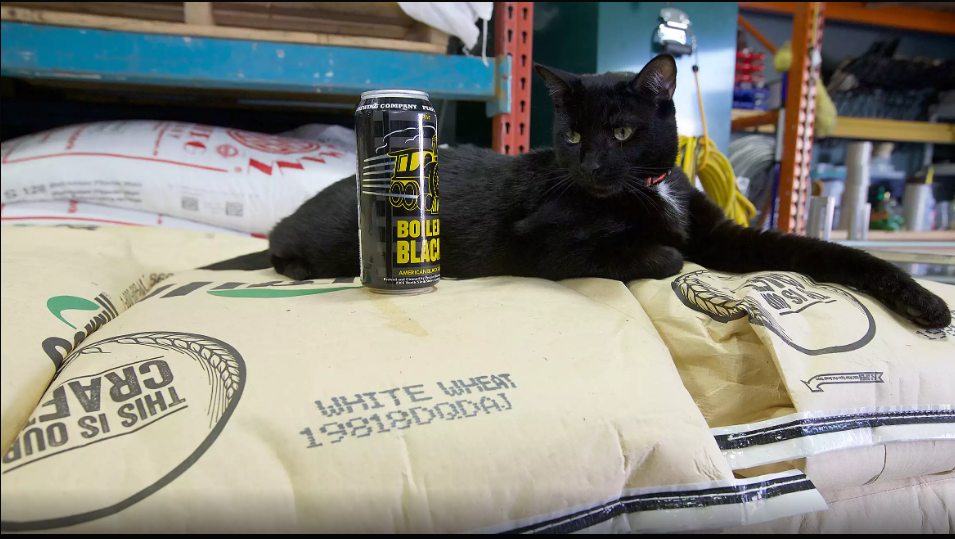 The fermentation sciences minor will not only focus on beer brewing, winemaking and other foods, it will also prepare students to enter jobs in fields such as pharmaceuticals and biofuels. Farkas said the program’s objective is to attract more students to food science while supporting Hoosier industries.

“We want to increase our enrollment in food science because we have 100 percent employment among graduates,” Farkas adds.

“Fermentation and biotechnology play an ever-increasing role in the state’s business sector so graduates from our program will continue to enjoy a 100 percent employment rate while also growing Indiana’s economy.”

Boiler Black and Boiler Gold are key to expanding this minor. A portion of the proceeds from the beer sales funnel back into the fermentation sciences program to provide scholarships and procure supplies and equipment.

“I can’t promise to fix the world’s problems but a little funding and a pint of beer go a long way,” Farkas reflects.

And Johnson is excited about a continued partnership with food science and what this collaboration might mean for his business. “This beer was piloted at the Nelson building on the one-barrel system there. We hope down the road that we can get some student developed beers brewing here. That would be really fun,” he says.

Funding scholarships and equipment through sales is rarely seen in higher education and it’s not a path every department can take, Farkas says.  What is replicable from this experience, he suggests, is finding creative and fruitful ways for departments and other universities to partner with local businesses.

“For us, when someone says ‘have a bake sale’ we actually can,” Farkas continues. “Or, in our case, a beer sale.”