The lakeshore around the Indiana Dunes National Park welcomes Snowy Owls most winters, but when predicting if the birds will make their way to Tippecanoe County, experts look far north and to the past.

“Snowy Owls are one of the classic case studies in ecology,” explained John “Barny” Dunning, professor of wildlife ecology.  Their predator-prey interactions determine the owls’ migration in years to come.

Snowy Owls spend most of the year hunting lemmings in the Arctic. “Lemmings are known to have a population cycle of around four years where their numbers boom and bust,” noted Dunning. “In the boom years, the owls do extremely well. They have a high level of breeding success and survivorship.” In these years, the large amount of food sustains the owls all year. But a boom of lemmings means a crash will soon follow. 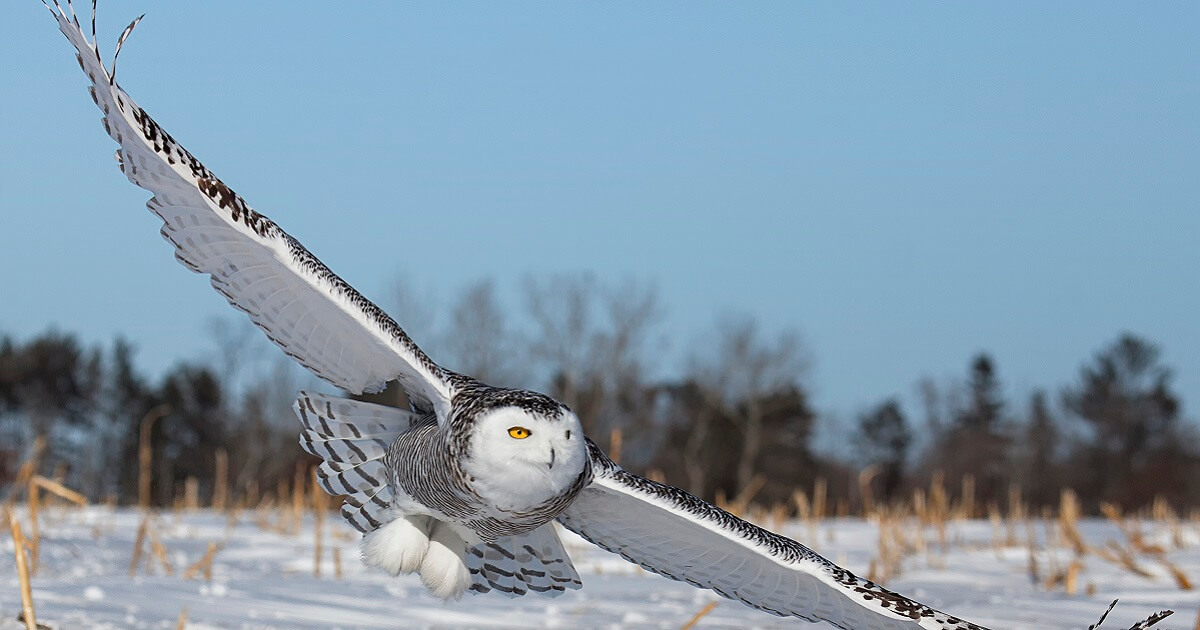 The recent crash of the lemming population contributed to a memorable winter for Indiana’s owl enthusiasts. “There was a period surrounding the New Year where we had a few Snowy Owls within 15 miles of Lafayette. Other Snowy Owls were reported in a variety of places around the state.”

In Indiana, the owls feed mainly on mice and voles. Unfortunately, hunting in unfamiliar territory can be dangerous. “One of the most productive places to hunt voles is in the grass of right-of-ways and medians near highways. When they are fenced, the areas can house large populations of prey because the barriers keep coyotes, foxes and feral cats out.”

Being from the Arctic, Snowy Owls have little experience with vehicles. “A large percentage of the owls that make it this far down end up getting hit by cars.”

Hunting in the dark, when mice and voles are most active, is another adjustment for the owls. During breeding season in the Arctic, days have 24 hours of sunlight.

While their adaptability is a lesser-known attribute, the reputational wisdom of owls is overstated. “The idea of owls being intelligent dates back to the gods of Ancient Greece and Rome, but it is not related to anything owls do that is particularly smart. Crows and ravens would score higher than owls in a test measuring intelligence or problem-solving skills.”