A though most of the world’s soybean crop is fed to animals, a Purdue plant breeder thinks that soybean’s complete protein — it contains all eight amino acids essential for human health — makes it the logical choice for the plant-based meat increasingly making its way onto consumers’ tables. 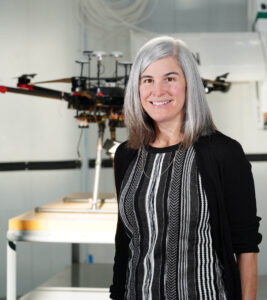 In a recent research project, Katy Martin Rainey, associate professor of agronomy and director of the Purdue Soybean Center, modified water-soluble carbohydrates in soybean meal. By finding new variants in the soybean genome, Rainey stopped the conversion of digestible sucrose into an indigestible carbohydrate — eliminating a source of stomach discomfort and flatulence that depletes energy in chickens and pigs.

Most of soybean’s genes have duplicates, so when researchers block one gene along the biosynthetic pathway, the duplicated gene covers for it, Hudson explains. A reliable block exists for one of the genes responsible for the synthesis of raffinose. Hudson developed a block for the duplicate. By silencing both raffinose synthase genes, the researchers significantly reduced the flatulent-causing carbohydrate.

“We were successful in producing experimental lines for future use,” Rainey says.

Raffinose is one example of the many pathways that research can address to improve soybean composition. The researchers hope that creating and combining desirable traits can add value in downstream processing for human consumption.

The distance between animal feed and plant-based protein for human consumption may seem like a leap, but Purdue research is laying the foundation for soybean farmers to add value to their crops and capitalize on meatless preferences among consumers.

While soybean isn’t the only choice, it’s the most commonly grown in the U.S., second only to corn in total acreage. Indiana has 5.7 million acres of soybeans. “What soybeans have going for them is that they are widely planted with well-established markets and distribution and processing systems,” says Jayson Lusk, distinguished professor and department head of agricultural economics.

Investors have directed significant capital to plant-based meat in recent years, Lusk adds, resulting in a number of new start-ups and brands. Food science has improved the taste and texture of meat alternatives to mimic beef.

A menu of genes

Rainey has singled out traits in soybeans that have economic value to consumers, such as postharvest seed composition and quality. “You can have higher protein, different types of protein with different processing characteristics, and various fatty acid profiles — whether oil high oleic or low linoleic. We have genes for those,” she says.

She hopes that her work in developing a “menu” of soybean genes will help others seize opportunities in plant-based protein and bring innovations to market.

Rainey’s research is an example of phenotyping at scale, says Bernie Engel, senior associate dean and director for agricultural research and graduate education. From among thousands of plots, her research identifies “winners” and “losers” using research techniques she has pioneered.

“Winners are the one in 10,000 that perform consistently better than existing varieties over a range of environments, whether considering yield or the post-harvest quality traits,” Rainey says. 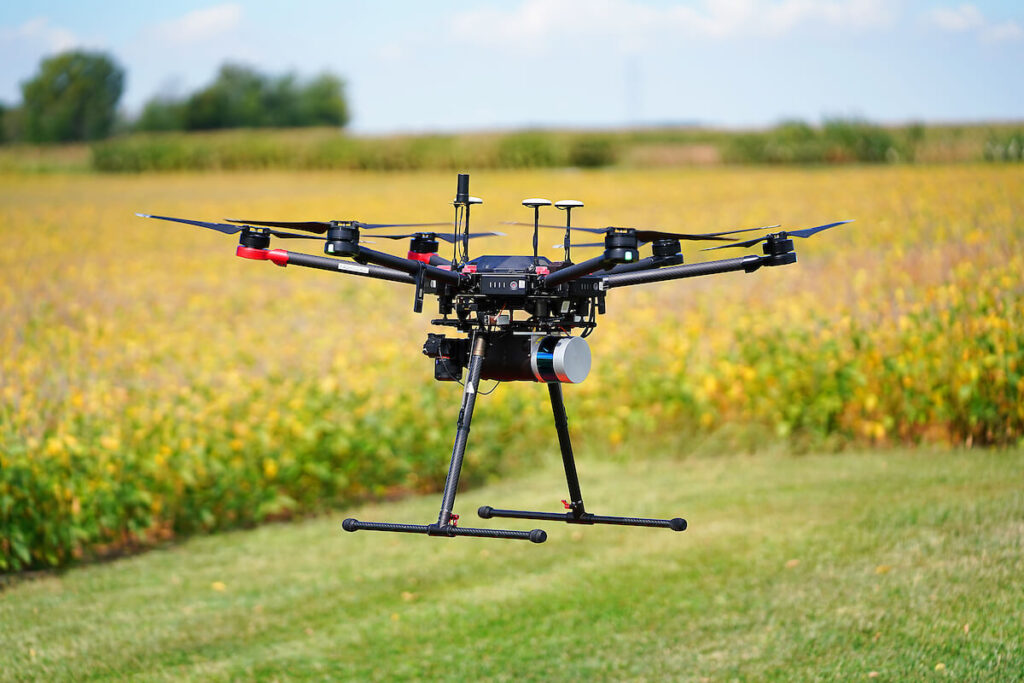 Adding value to soybeans and the supply chain

The Center for Food Demand Analysis and Sustainability (CFDAS) established earlier this year as part of Purdue’s Next Moves, uses data to understand those preferences better.

“Agricultural economists in general, and CFDAS in particular, help identify which of these traits are most valued by the different sets of consumers along the supply chain, and determine if there are segments of consumers who may be willing to pay more for certain attributes,” Lusk says.

This sort of information can help guide breeding programs that aim to generate products for which farmers can command a premium,” he explains. Purdue’s CFDAS creates information not only to help plant scientists, but also people all along the supply chain, including food consumers, make more informed decisions.

Industry needs to overcome obstacles to tap the full potential of plant-based protein in the soy value chain, Rainey says. With that in mind, she convened a national discussion last fall in which a multistate team from Purdue, Iowa State University and the University of Missouri met three times to address using soybean in plant-based diets and developing public-private partnerships and research projects to move the industry forward.

She hopes the series of meetings, supported by the Foundation for Food & Agriculture Research (FFAR) and the United Soybean Board, sparked further interest in research and networking opportunities for soybean protein for human food and health, not only among partners and stakeholders, but also food scientists, food manufacturers, economists and engineers — people who don’t normally work on soybeans.

“We need to bring innovation to what future food looks like for plant-based protein,” Rainey says. “People need and want to eat more protein. Soybean has a special place to deliver a message that it takes all types to feed everyone.”