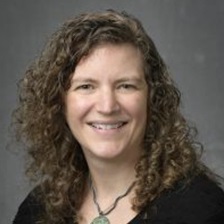 On behalf of all our faculty, staff and students, it is my pleasure to welcome you to our department’s website – I encourage you to explore and learn more about all our excellent programming.

The mission of the Department of Horticulture and Landscape Architecture is to prepare students, citizens, and industry for the future by discovering new knowledge and providing innovative educational programs relating to horticulture and landscape architecture.

Our vision is to be the leading Department of Horticulture and Landscape Architecture in the Nation, by providing excellent educational and outreach programs and research-based information in the local, national, and international arenas. The Purdue Department of Horticulture and Landscape Architecture will be the top program because of its emphasis on creativity, science, and technology, while maintaining a keen focus on relevancy to horticulture, landscape architecture, agriculture, and stewardship of natural resources.

Our department educates students and addresses issues in several specialties. The undergraduate classes taught by faculty and staff within the department prepare individuals for careers in the service, marketing, and production industries dealing with horticultural products and their use, as well as in the design area of landscape architecture.

Extension programs reach out to commercial producers as well as consumers of horticultural commodities and services. Our extension specialists offer a wide range of workshops, seminars, publications, and AV materials that serve the diverse horticultural audience.

Our department is recognized as one of the nation's leading contributors to plant science and horticulture. Our graduate training program produces PhD graduates who are on the faculties of most horticulture departments in the United States and numerous foreign countries and who hold research scientist positions in numerous corporations and organizations around the world. Ongoing research programs range from very basic molecular biology to applied research oriented towards crop productivity, crop improvement, development of new crops and plant products, as well as studies in plant physiology and genetics.

History of Horticulture at Purdue University

The Horticultural Department had its beginning in 1884 with the appointment of Professor James Troop as Professor of Horticulture and Entomology. In addition to these subjects Professor Troop also taught Forestry, Economic Botany, and Veterinary Science.

The apple received the major attention in fruit investigations during the early days of the department because of the interest of Indiana Fruit Growers. Naturally, early investigational work had to do with the testing of horticultural varieties for Indiana conditions. In 1886-1888 an orchard of Russian varieties was planted to determine their hardiness, a severe freeze having destroyed most of the fruits of native origin in 1884-1885. Near the close of last century, extensive experiments with potatoes and greenhouse roses were made with profitable results to the industry.

The experimental program was broadened and extended in l905 when state appropriations made it possible. Still greater progress was made when in 1910 the Maish Act provided $10,000 for horticultural interests. At this time a five-year orchard project was begun. The results covering every phase of orchard management were published. This work greatly helped the apple growers of the state.

In 1910, sixteen acres of land was purchased for the department and in 1911 Station Greenhouse facilities were provided.

Extension work in horticulture rapidly developed after 1911, and the investigational work was broadened to include long time research problems. Work with vegetables was made a part of the station activities on a broad basis in 1918. The work with sweet corn and tomatoes for the canning factory was begun in that year. In 1921 a division of floriculture was created, and a florist was employed to give half his time to teaching and half time to investigation.

The Department has grown from the modest beginning with one man in 1884, until the present staff numbers over 50 and its work extends into every county of the state and around the world.

Much of this document was taken from a brochure called "Indiana Horticulture: A Story of Horticultural Progress Prepared in Connection with the Dedication of the Horticultural Building, November 11, 1926" and updated where necessary.