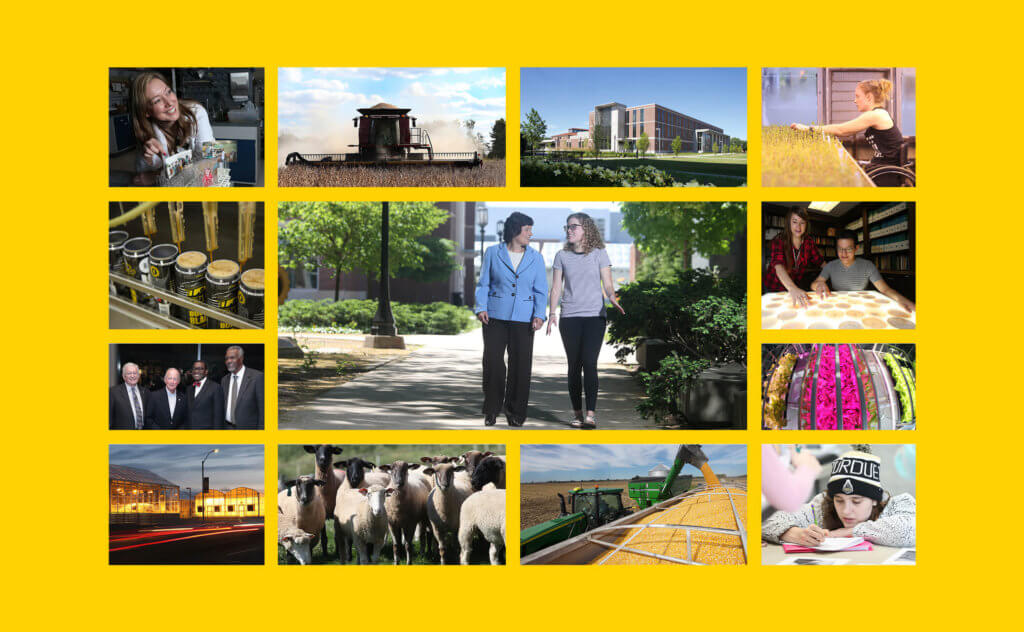 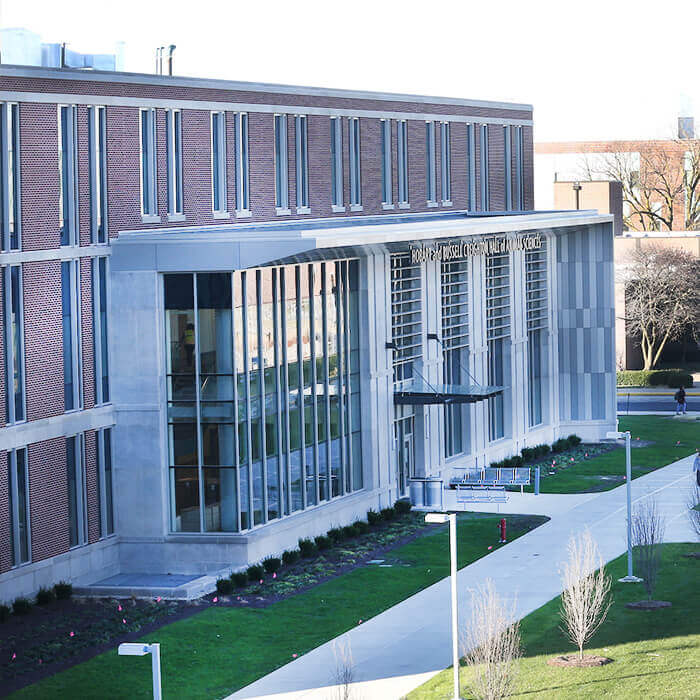 In the second year of her Ph.D., Gruss finds success in both the study of sorghum and her responsibilities serving as captain of Team USA at the International Wheelchair Basketball Federation’s World Championship.

“Anything I can do to pave the way I will do it. It’s been really great, but hopefully it will be even easier for the next person.”  -Shelby Gruss 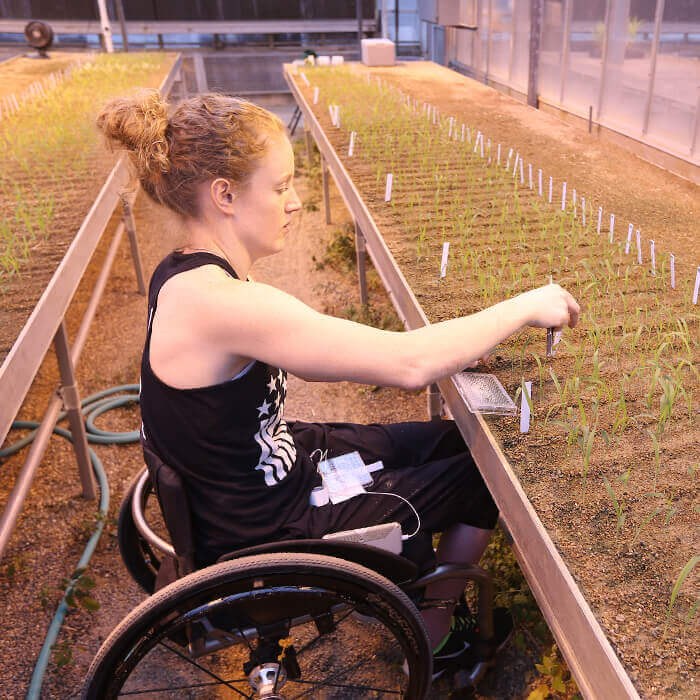 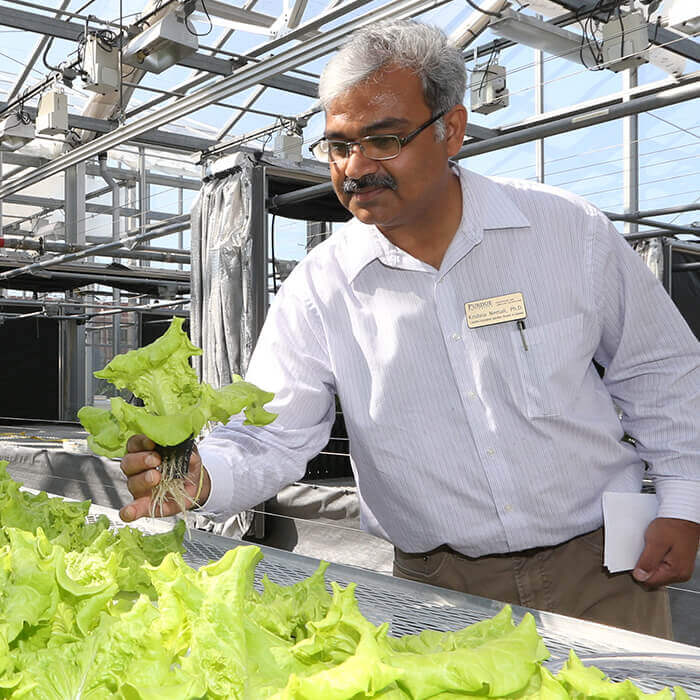 Krishna Nemali works to make methods and technology easily accessible through his research in hydroponics. His processes aim to maximize resource efficiency and provide financial sustainability to growers. The impact spans from local children to international leaders.

“How do you find a niche? Use technology to grow lettuce that has more nutritional value, antioxidants, and less nitrates. Show the value. Health.”
-Krishna Nemali

“Fermentation and biotechnology play an ever-increasing role in the state’s business sector so graduates from our program will continue to enjoy a 100 percent employment rate while also growing Indiana’s economy.”  -Brian Farkas 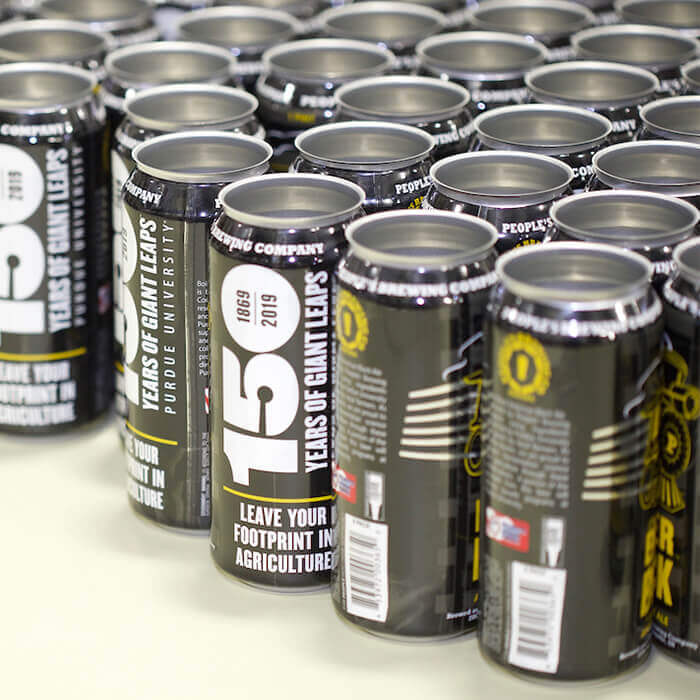 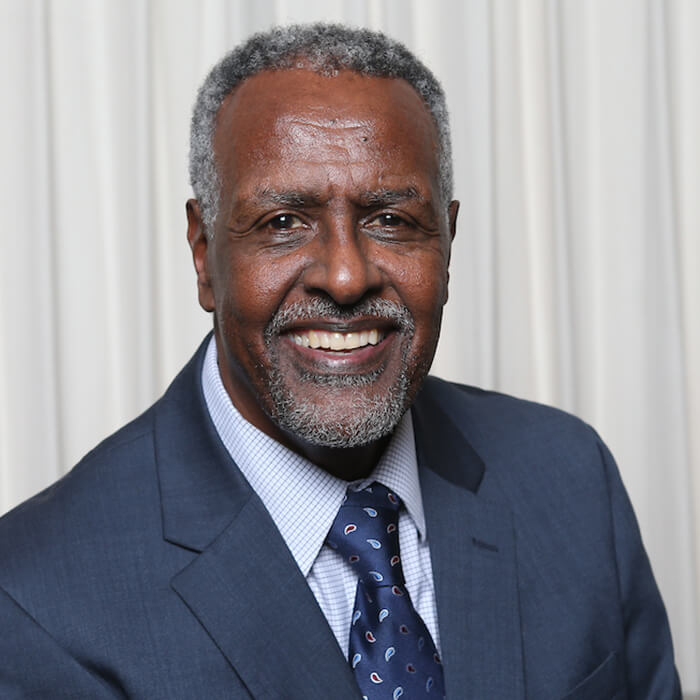 “It is a great honor and an awesome responsibility to be named a successor to Norman Borlaug and M. S. Swaminathan as the new chair of the World Food Prize Selection Committee.”  -Gebisa Ejeta

Purdue fungus researcher might help save your morning brew

Latin American coffee growers are facing one of the most serious threats to their crops in the last 60 years. Cathie Aime, a Purdue mycologist, aims to develop a solution with her unique expertise and resources.

“Sequencing and annotating the coffee leaf rust genome is essential research work in our quest to combat coffee’s No. 1 disease.” -Tim Schilling 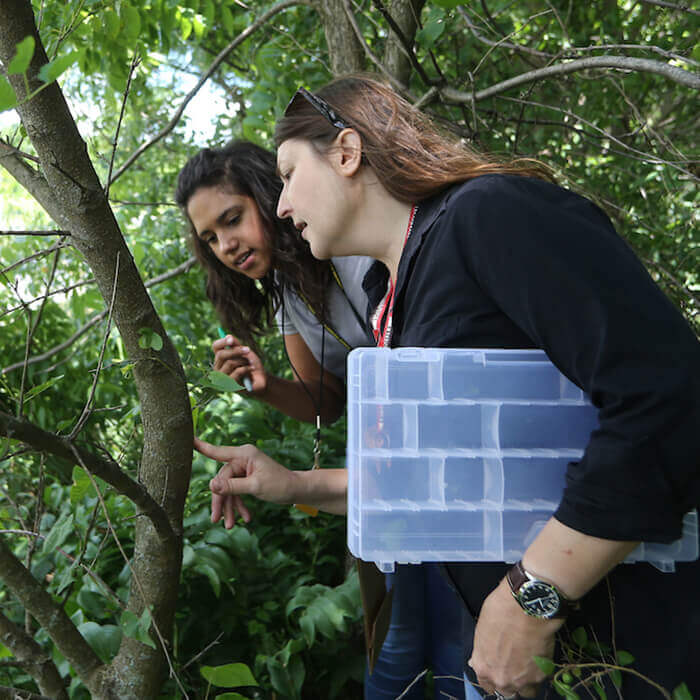 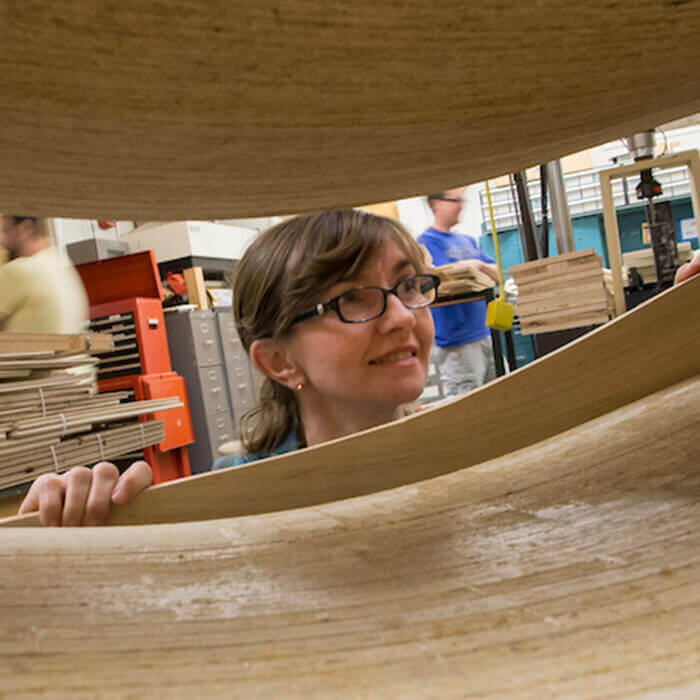 Efforts in several departments throughout the  College of Agriculture focus on utilizing resources  that many would deem unusable. Among these are Andrea Liceaga’s work with invasive Asian Carp, Tamara Benjamin’s distribution of excess crops, Douglass Jacob’s integration of plastic soda bottles and Eva Haviarova’s new use for small-diameter timber.

“Deforestation is a serious problem, but there is a solution, and using these plastic bottles, we can solve this problem without even having to spend a lot of money. That’s the beauty of this.”  -Douglass Jacobs

College of Agriculture Fraternities and Sorority Lead the Way

Purdue has three agricultural Greek life chapters — the Sigma Alpha sorority and the Alpha Gamma Rho and FarmHouse fraternities. They help members thrive, giving their brothers and sisters the strength and skills to blossom wherever life plants them.

“The members of agricultural Greek life push themselves to grow — not just in terms of increasing their GPA, but in terms of improving on a personal level.”
-Michael Gunderson 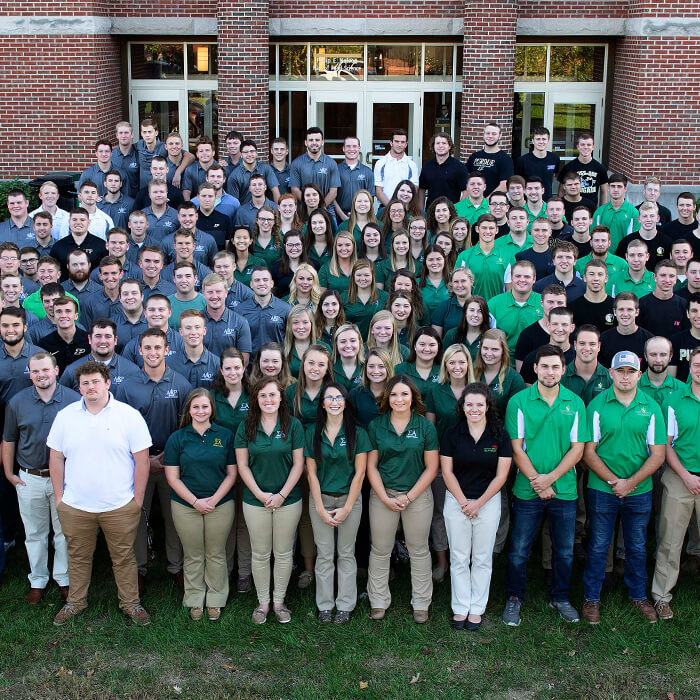 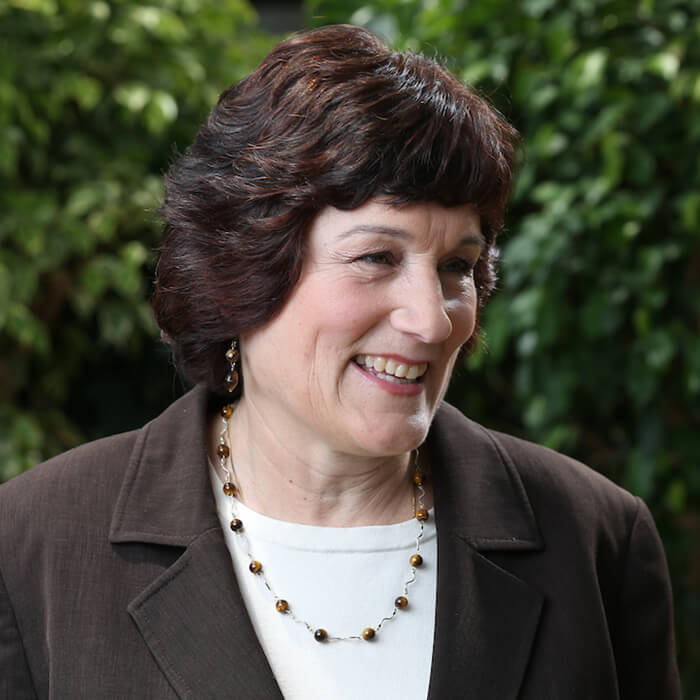 “I loved science so much as a kid that I wanted a microscope for my birthday. When I was lucky enough to get one, I remember I was so excited that the first thing I did was take an onion skin to look at its cells.”  -Karen Plaut

Bob Taylor: A legacy of extraordinary teaching, mentorship and dedication

Bob Taylor taught in the Department of Agricultural Economics for 50 years. Taylor passed away on July 3, 2018. He was 83. Taylor instructed more than 500 students per semester, impacting over 40,000 lives during his time at Purdue.

“This is the door that was opened to me, this is where I had the chance, and this is what I’ve done.”
-Bob Taylor 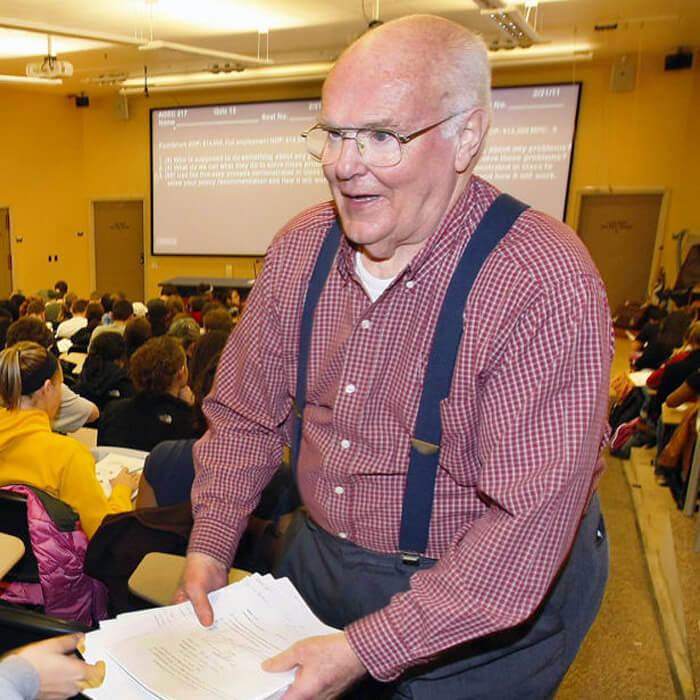