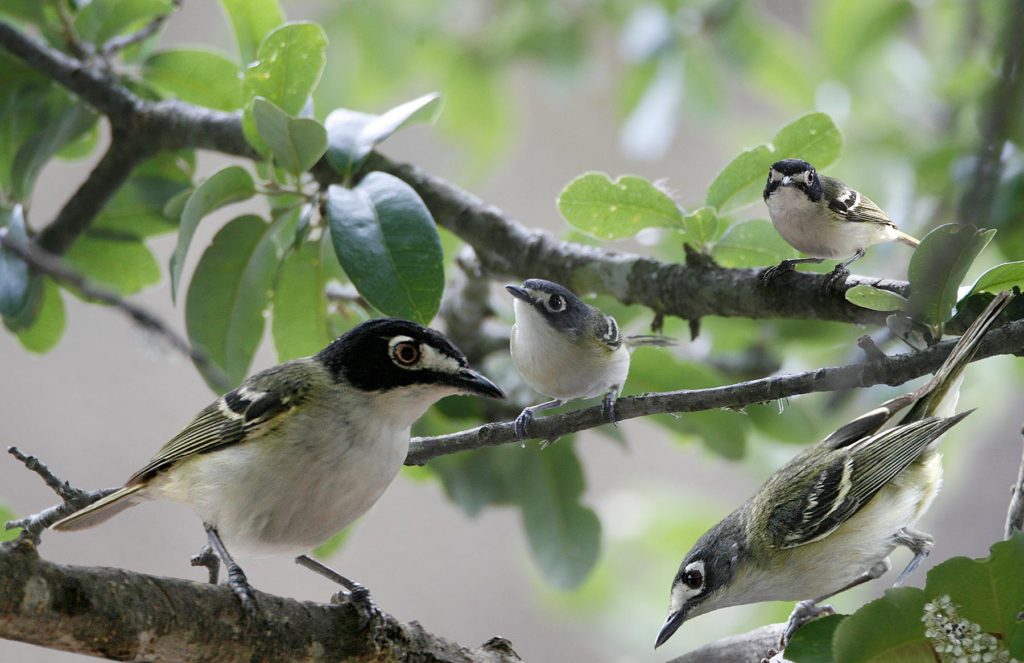 More than 800 miles from Purdue University, you can survey rolling hills of endless grasses and wildflowers that make up tallgrass prairie — only occasionally interrupted by a red granite boulder and a large tree. It’s the land of tornadoes, blue skies and intense heat known as southwestern Oklahoma.

“You can get on top of a hill and see 15 miles,” said Landon Neumann, a junior double majoring in wildlife and forestry.

However, despite those large expanses of landscape, it was a daily occurrence for Neumann to come across bomb shells in Lawton, Okla., where he recently worked as a field technician on an endangered species project. The bomb shells were from military bombing practices at Fort Sill.

“When you came up on a bomb shell, you typically would see a large hole in the ground with the grass around it burned out,” said Neumann, who is from Logansport, Ind. “It really depended on the magnitude of the shell used. Some bombs didn’t leave much of a dent in the ground, while others created a large crater.”

As part of his job, Neumann worked with Joseph Grzybowski, a professor from the University of Central Oklahoma, to help protect the black-capped vireo, a bird which has been listed as an endangered species since 1987. 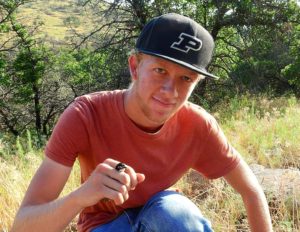 The small native birds, which are mainly found in Oklahoma, Texas and northern Mexico, live and nest in young blackjack oak trees. As the trees grow older and taller, the birds stop using them. Therefore, they rely on fire to open up new patches to create more space for new, young blackjack oaks. Due to fire suppression by people, the birds have been losing habitat for years.

“Since black-capped vireos are an endangered species, the military can’t kill them,” Neumann said. “It’s our job to inform the base where not to bomb.”

“Dr. Grzybowski pretty much saved the species,” Neumann said. “He was the one who voiced that the species needed active management through prescribed burns. There were only five pairs of birds left when he started research and now with his management, they’re up to 2,000 pairs.”

As a field technician, Neumann started work around 6 a.m., conducting surveys for about 10 to 12 hours as he searched for the birds and their nests. He also had the chance to handle some of the birds through mist-netting, a method used by research scientists to capture and study birds and bats.

“They’re feisty in the hand; they think they’re tough, but they’re not,” Neumann said.

Working on a military base presented its own set of challenges, in addition to the more grueling aspects of fieldwork. “Military bases are a different world; it’s like their own town,” Neumann said. “Taps is every day at dawn and sunset. It’s a bugle sound and everyone stops. Both military and non-military people have to stop and pay respect to the flag. We didn’t know this the first time we went on the base and we got stopped.”

Researchers believe the nearby military base’s bombings may have kept the vireos there. Fire would often break out after the bombings, allowing for the perfect conditions for young blackjack oaks to occur.

Overall, the fieldwork made for a very unique experience, said Neumann, who had worked on Purdue’s Hardwood Ecosystem Experiment in southern Indiana during the summer of 2016. He said that work prepared him for the Oklahoma job this summer. “I had the survey and navigation experience and I knew how to do point counts. I also knew how to identify birds by birdsong,” Neumann said.

While his Purdue connections helped him land the job in Oklahoma through a referral, Neumann has been in the world of birds since fourth grade. A three-week class on bird life launched his love for the species and he has been obsessed ever since. He won the Indiana Young Birder of the Year award in 2014 and continues to volunteer his time to encourage new birders through the Indiana Young Birders Club.

Wildlife biologists are expected to move a lot in their early career, so Neumann certainly has a great head start. For his next summer job, he is considering positions in New Mexico, Montana or other areas in the southwest or northeast.

“As a wildlife biologist, you have to go out of your comfort zone,” Neumann said. “We have to learn to interact and talk. You never know who you might meet who could end up being a valuable reference or employer down the road.”