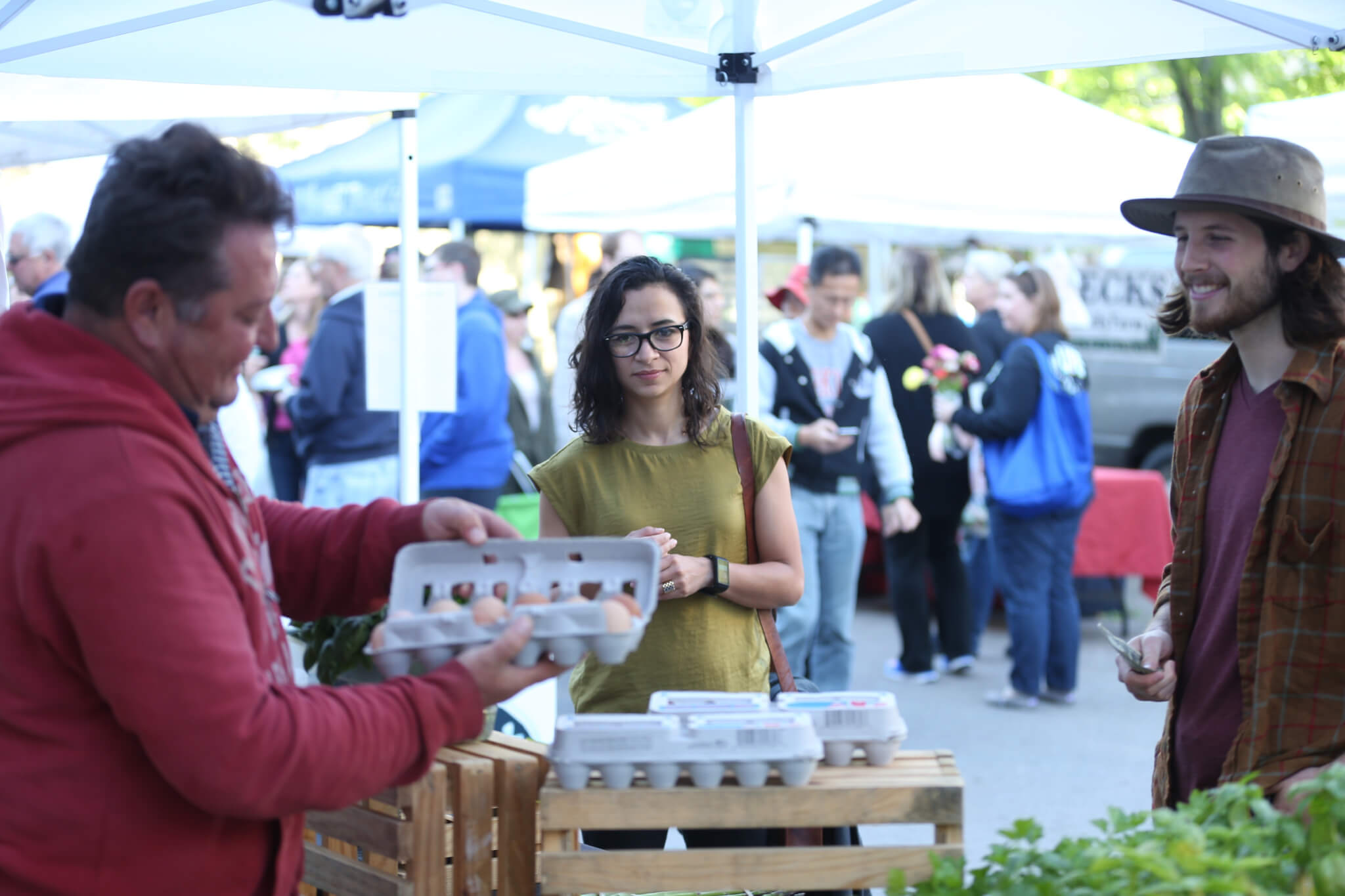 Ariana Torres discusses prices with a grower at the Lafayette Farmers Market. Photo by Tom Campbell

In the midst of National Farmers Market Week, a Purdue agricultural economist wants to dispel a persistent myth – that consumers can find better produce prices at the grocery store.

Prices at a farmers market are often comparable with those at the grocery store. And, in many cases, they’re lower, according to Ariana Torres.

Torres, an assistant professor of horticulture and landscape architecture and agricultural economics, and her graduate student, Orlando Rodriguez, have gathered price data on common produce items found at Indiana farmers markets and grocery stores since 2017.

“It’s a common misconception,” Rodriguez said. “But if you look at the lowest prices charged each year and the highest, you’ll find that, for some fruits and vegetables, prices between farmers markets and grocery stores can be quite comparable. There’s seasonal and quality variation for sure, but the data clearly show that price isn’t a reason to skip the farmers market.”

“Not only are the prices similar, but you’re keeping money in the local community,” Torres said. “When sold directly to consumers in markets, a larger share of the profits are going to the farmers who grow the food and live in and near the communities where they’re selling.”

National Farmers Market Week is from Aug. 4-10. Check here for a list of markets around Indiana. 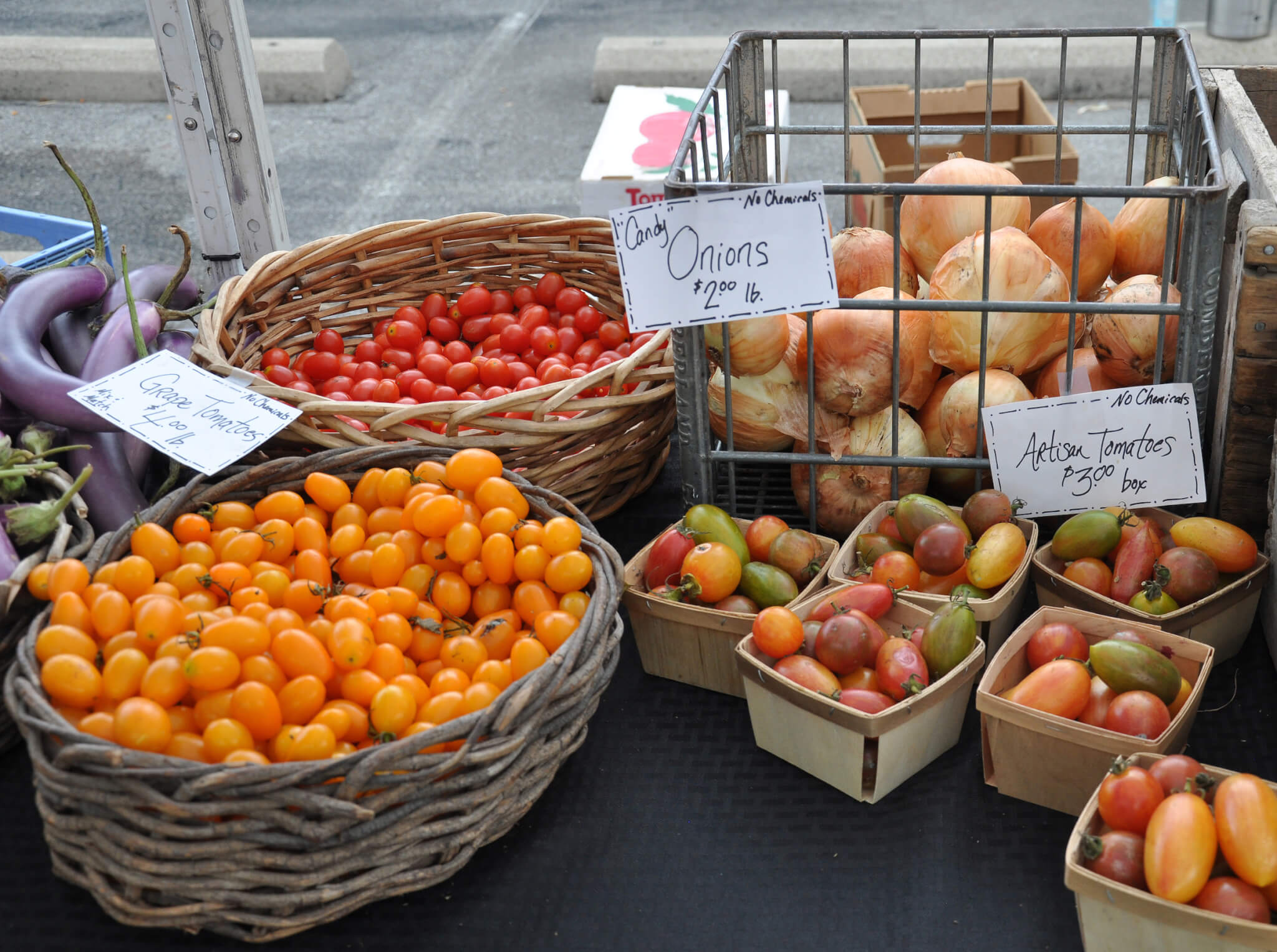