COVID-19 has resulted in a dramatic decline in fed cattle prices putting a damper on net return prospects for 2020.  In an article published in early January (here), we were expecting net returns to average approximately $40 per head in the first quarter and approximately $10 per head in the second quarter of 2020.  As discussed below, first quarter net returns were a negative $10 per head, and the prospects for the second quarter are very dismal.  In addition to discussing net return prospects, this article discusses trends in feeding cost of gain, the feeder to fed price ratio, and breakeven prices.

Several data sources were used to compute net returns.  Average daily gain, feed conversion, days on feed, in weight, out weight, and feeding cost of gain were obtained from monthly issues of the Focus on Feedlots newsletter (here).  Futures prices for corn and seasonal feed conversion rates were used to project feeding cost of gain for the next several months.  Net returns were computed using feeding cost of gain from monthly issues of the Focus on Feedlots newsletter, fed cattle prices and feeder cattle prices reported by the Livestock Marketing Information Center (LMIC) (here), and interest rates from the Federal Reserve Bank of Kansas City. 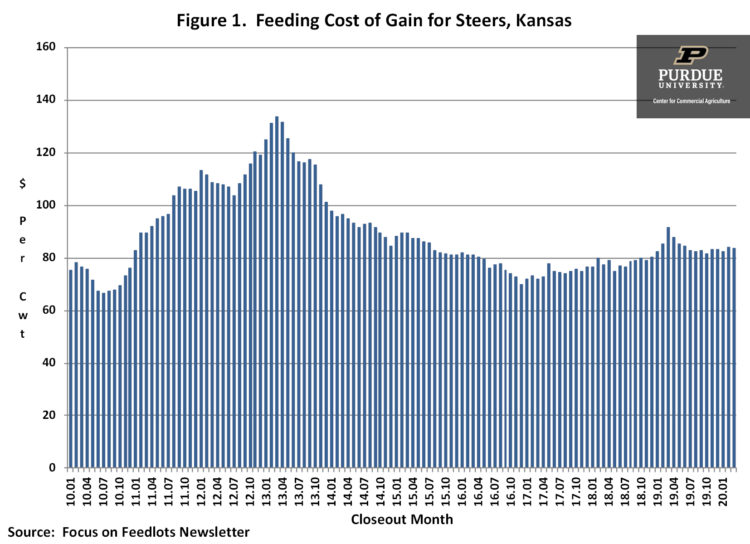 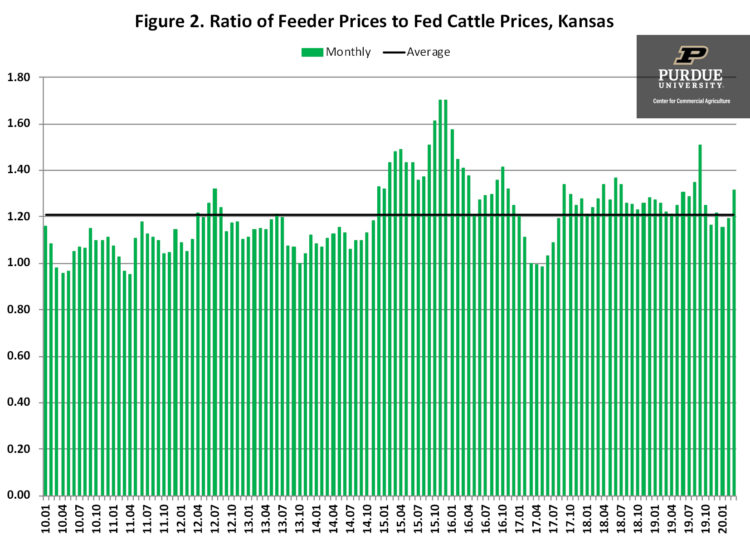 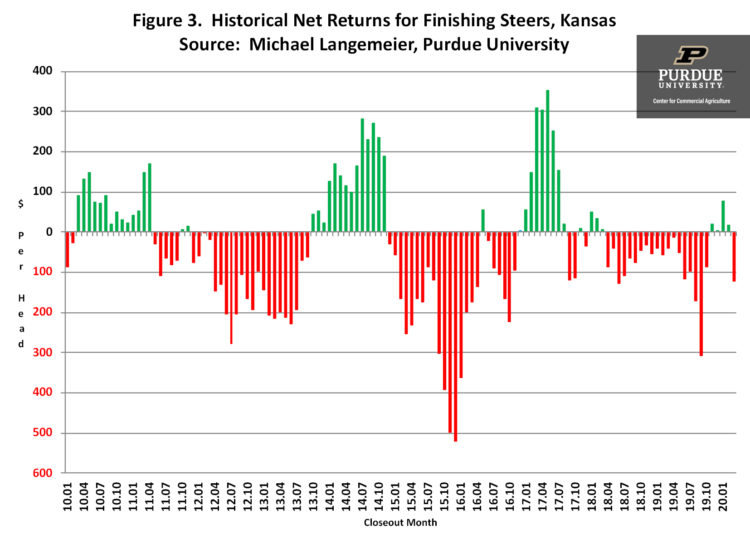 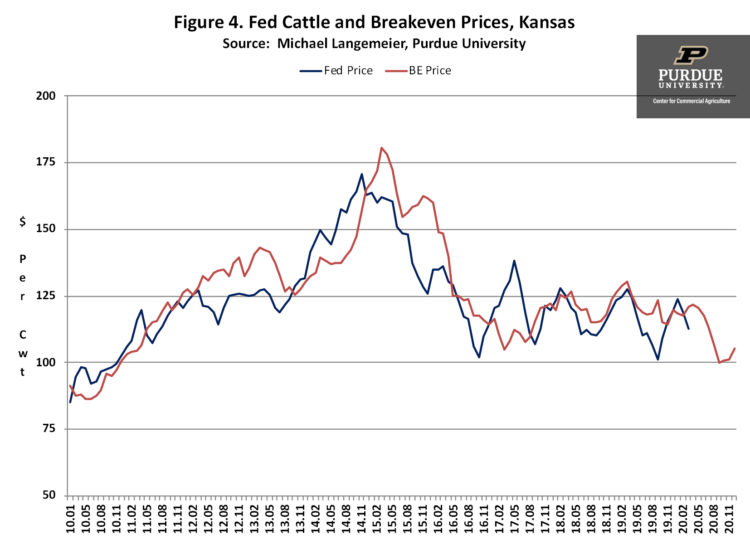 This article discussed recent trends in feeding cost of gain, the feeder to fed price ratio, breakeven prices, and cattle finishing net returns.  Average cattle finishing losses in 2019 were estimated to be approximately $80 per head.  Average losses in the first quarter of this year were approximately $10 per head.  Current breakeven and fed cattle price projections suggest that large losses will occur in the second quarter.  Though highly uncertain, prospects for the remainder of 2020 look much better.

Given that the U.S. stocks to use ratio is currently only 9.6 percent and continued questions related to U.S. corn acreage in 2022, there is tremendous uncertainty regarding corn prices for the rest of this year. To address this uncertainty, this article examines the impact of relatively high corn prices on feeding cost of gain and net returns for cattle finishing.