What is Risk and Uncertainty

As noted above, a plethora of tools can be used to model risk. These tools include, but are not limited to the following: decision trees, simulation, exposure assessment, control charts, payoff matrices, portfolio theory, risk audits, risk scorecarding, and value at risk. All of these tools will be discussed in future articles. Uncertainty represents a situation in which probability information is not available. This is often the case when making decisions for which we do not have experience or for events that have not happened in the past. A prevalent example is business planning. Typically, when analyzing business plans we examine the best case, the most likely case, and the worst case scenarios. We do not have probability information available to us that tells us how likely each of these scenarios will be in the next five to ten years. Thus, we are dealing with uncertainty rather than risk.

Some authors refer to radical uncertainty or sheer ignorance. In this situation, possible outcomes of a given event are unknown and unlistable. Sheer ignorance describes knowledge of which an individual does not know he or she is ignorant, knowledge that he or she cannot imagine to exist. If sheer ignorance is applicable, knowledge is an unbounded set and can never be complete. Most economists would agree that there are many situations in which it is difficult to list all possible outcomes. However, they would also agree that it is possible to list at least a few of the likely options. If this is the case, we are in the world of uncertainty in which we can use scenarios and scenario analysis. 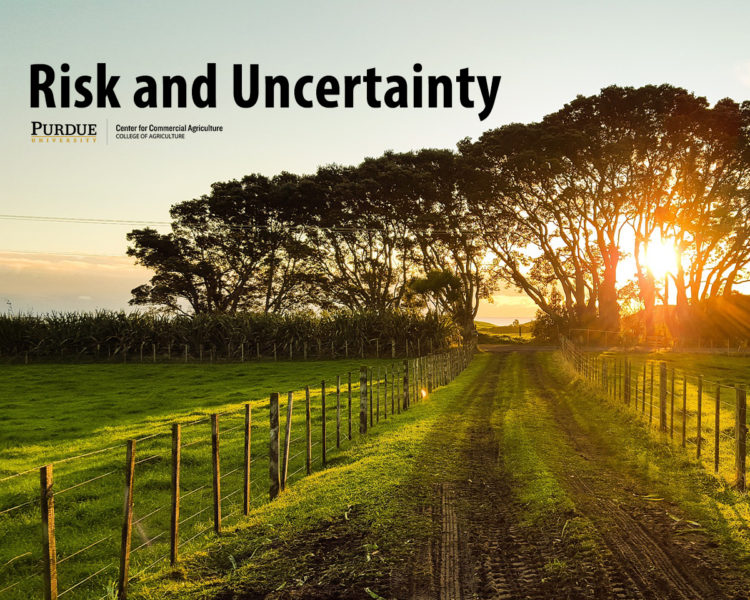 Although lean hog futures prices and pork cutout values are correlated, they can diverge significantly at times leading to interest in developing a risk management tool that more closely matches the price series used in many cash contracts. Recently CME Group launched pork cutout futures and options in an attempt to address this challenge.