“I personally enjoy food — cooking and eating. Sometimes the dry-aging process can really improve the products. It’s interesting for me to figure out those flavors.” 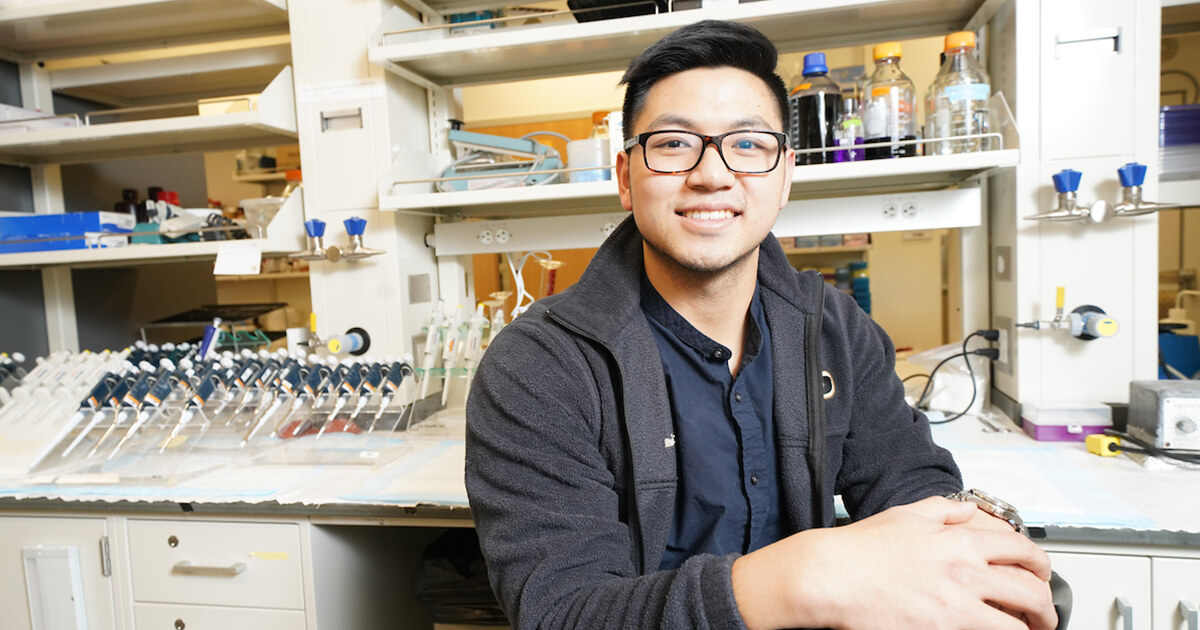 When Derico Setyabrata bites into a flavorful steak, he can’t help but wonder why it tastes so good — a result of his training in food science and animal science that makes him think in molecular terms. When Setyabrata decided to pursue a bachelor’s degree in food science, he planned to follow his sister from their home in Jakarta, Indonesia, to Australia. A family friend who had studied in the United States encouraged him to look instead at U.S. food science programs. Setyabrata chose Purdue. He recalls landing in Chicago for his freshman year: “It was quite shocking,” he says. “Passing all the cornfields on the drive to Purdue, my dad kept asking me, ‘Are you sure we’re not going the wrong way?’” Despite both the unexpected terrain and unfamiliar education system, Setyabrata says Purdue was exactly the right direction for him. “Everyone was welcoming and helpful for someone who had never been to the U.S.,” he says. During his junior year, he met Brad Kim, assistant professor of animal sciences, whom Setyabrata credits with broadening his perspective: “Because I was in food science, I only saw things from the food viewpoint,” he explains. “Then I saw that if we have a good animal in the beginning, we will have good meat.” After earning a BS in food science, Setyabrata began his doctoral program with Kim in fall 2016.

Setyabrata’s research focuses on dry aging, a traditional method to improve meat quality that has recently seen renewed interest. Some consumers are willing to pay more for what they perceive as better flavor from the process. Setyabrata is part of the research team in Kim’s Meat Science and Muscle Biology Lab working on a USDA NIFA-funded beef project that studies why dry aging works. “We are looking at small molecular compounds — interactions between amino acids and sugars — responsible for this flavor,” he explains. “We also think it could be a lot of compounds working together.” The Purdue researchers are teaming up with trained testers at Texas Tech University to test consumers on how they discern the “more savory, more beefy” taste of dry aged beef.

Setyabrata says Kim encourages his graduate students to attend the annual Reciprocal Meat Conference of the American Meat Science Association. The meat science community is friendly and welcoming, and Setyabrata enjoys interacting with graduate students and faculty from other universities and especially asking about their research.

Setyabrata expects to complete his degree in May 2021. “I’m thinking right now I want to do research, either in academics or industry,” he says. He is open to establishing his research career where opportunities take him — in the U.S., Europe, Australia or Indonesia. In his spare time he relieves stress through Olympic weight lifting. He also enjoys cooking and baking, especially Indonesian desserts, and was delighted to find key ingredients — pandan leaves and coconut milk — at a new local Asian market.