“In understanding how human-related impacts are changing the world, I’m working toward helping future generations.” 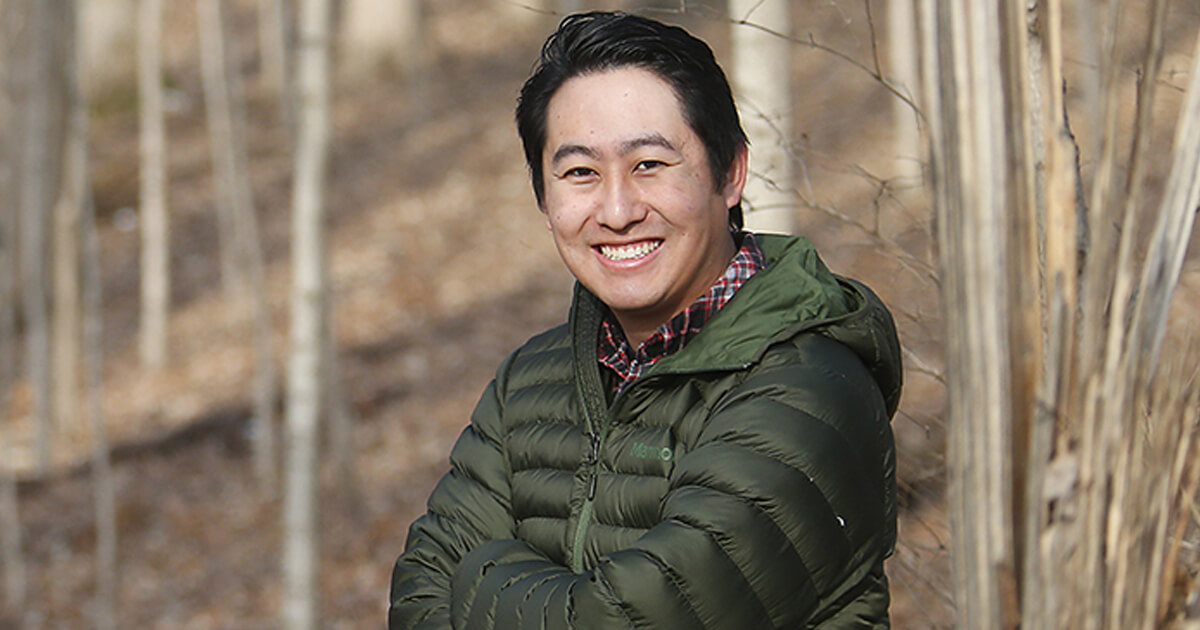 Jon Knott says that while growing up in Holland, Michigan, he was a “go-out-and-explore” kind of kid. He credits his love of the outdoors to hunting and fishing with his dad and his camping, hiking and backpacking experiences, mostly in the Midwest. Although he was interested in ecological sciences, Knott thought studying it could lead only to fieldwork with the Department of Natural Resources, while he was more research-oriented. Once his undergraduate advisors at Calvin College showed the biology major broader opportunities in the field, he changed his focus from pre-med to ecology. One mentor was a Purdue alumnus who encouraged Knott to look at the University’s PhD programs. Knott considered other places as well, but Purdue’s interdisciplinary Ecological Sciences and Engineering program held the most appeal. He arrived in fall 2015 to work in the Natural Resources Spatial Analysis Lab under Songlin Fei, associate professor of forestry and natural resources. Coming from an ecology background, Knott has been surprised to learn how traditional foresters influence ecological outcomes — and how forest ecologists in turn can influence the way traditional foresters manage forests.

Knott focuses on understanding how forests respond to climate change by analyzing large-scale data sets collected by the U.S. Forest Service. Because climate change alters forests across spatial scales, Knott examines its effects on different species as well as on forest communities as a whole. In another project, he is looking more specifically how climate change influences phenology — in this case, when the leaves of the northern red oak change colors — in a plot at Martell Forest that the Forest Service planted in 1962-64. Sourcing these trees to transplant in Indiana created an artificial climate change experiment, he explains.

He spends a few hours a week in the forest plot in the spring and fall, but because his research doesn’t involve very much data collection, Knott is far more often at a screen in the lab. “Our research is a pretty simple matter of computers and a productive group,” he says. “We have great resources in research computing. No matter what I have going on, from the technology to Martell Forest, everything is here at Purdue if I need it.“

Knott credits his advisor with having connections and collaborations worldwide that create opportunities for students. The first paper Knott worked on with Fei, published in the journal Science Advances in May 2017, was named one of Discover magazine’s 100 top stories of the year. He hopes to complete his PhD in May 2020 and follow it with a postdoc. He is open to remaining in an academic setting or in research for the Forest Service or an organization like the Nature Conservancy. In his spare time Knott still likes to go out and explore, enjoying fishing, hiking and backpacking or climbing at the Co-Rec.