Some of the most popular spices used this time of year are harvested from various parts of exotic tropical plants, lending a special flavor to holiday recipes.

Ginger is harvested from the rhizomes (underground stems) of a tropical/sub-tropical herbaceous plant, Zingiber officinale. Ginger is native to tropical Asia and is grown commercially in Hawaii and many other countries, including China, India, Thailand and Brazil. The rhizomes are harvested after the first year of the plant’s growth. The rhizomes can be washed and used fresh, dried whole or ground, pickled, crystallized or boiled and stored in syrup.

It is possible to grow ginger as a houseplant, though a typical home is not the best environment to keep this plant happy, especially in winter. The plant thrives in warm, humid air and well-drained moist soil. Select healthy fresh rhizomes from the market, and look for the small “eyes” or buds to plant eyes facing upward, about 2-3 inches deep. Once the leaves emerge, set the plant near a bright window where it will get at least a half day of direct sun.

The popular spice of cinnamon is derived from several closely related species. Ceylon cinnamon comes from the bark of the semi-tropical evergreen tree Cinnamomum zeylanicum, native to Ceylon and southwest India and hardy in the U.S. Gulf states. For the best quality cinnamon, the bark is cut in strips from two-year-old branches, just as the new foliage leafs out and the bark slips easily from the wood. The bark is then dried and either ground or sold in the curled strips called “quills.” The quills of Ceylon cinnamon are light brown, and their interior consists of several thin layers.

The cinnamon found in most grocery stores is more likely to be the cassia cinnamon, harvested from the related Cinnamomum aromaticum. This type of cinnamon has a darker, thicker bark, and its quills are hollow. This form is less expensive, so it is more commonly found and is stronger in flavor than the true cinnamon.

Cloves are native to the Moluccas (Spice Islands) and are the dried, unopened flowers of the tropical evergreen tree Syzygium aromaticum. The name clove is derived from the Latin clavus, meaning “nail,” as the dried flowers do rather resemble their namesake.

Nutmeg and mace are both harvested from the fruits of yet another tropical evergreen tree, Myristica fragrans, also native to the Moluccas. These fruits have a fleshy outer husk that splits upon ripening to reveal the seed with a red, leathery covering. Nutmeg is made from the ground seed kernel, while mace is made from the leathery seed cover. 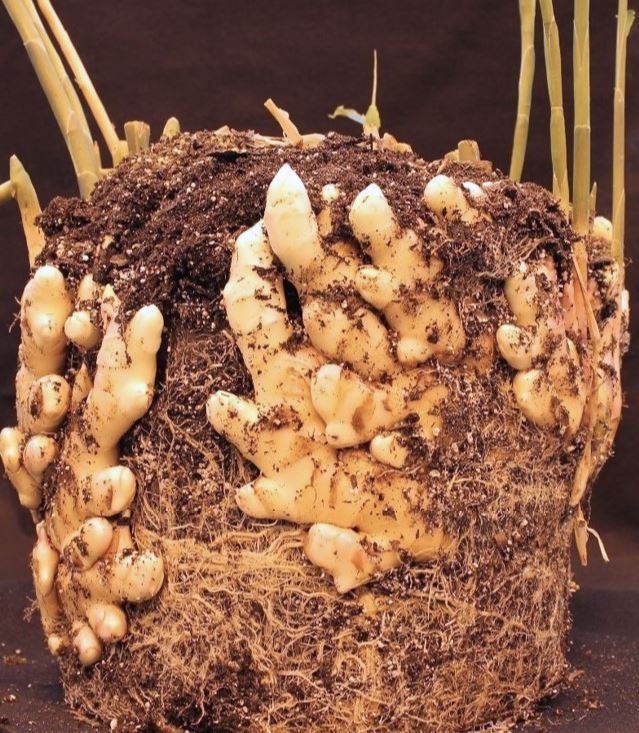 ← Gardeners worn down; clearweed may be culpritYard & Garden Calendar – December 2018 →
Scroll To Top