Francis Addeah Darko earned his Master’s and Ph.D. from Purdue’s Department of Agricultural Economics but his dreams of working for the World Bank started well before his matriculation.

“I grew up in a village in Ghana where the majority of people were poor and most depended on agriculture,” Darko, who graduated in 2016, said. “The more I studied economics the more I realized the importance of the World Bank and the work they do in every corner of the world.” 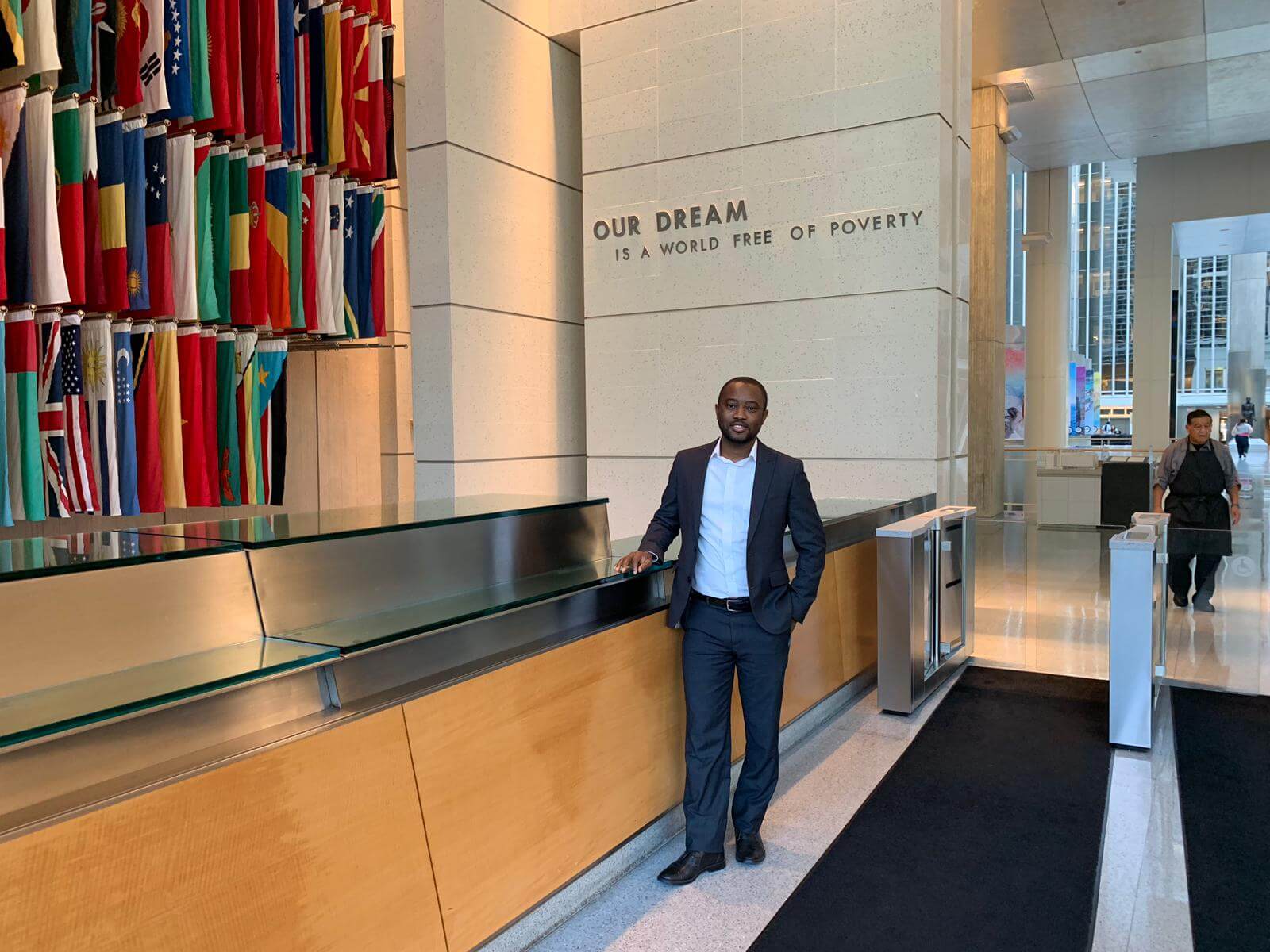 At Purdue, Darko specialized in international development. His PhD dissertation focused on three aspects of Malawian agriculture: the micro-level welfare impacts of the sector, profitability of fertilizer use in farming, and the targeting of fertilizer subsidies. He worked under the supervision of Jacob Ricker-Gilbert and Gerald Shively for his Ph.D.  During this time, Darko discovered his interest in institutions like the World Bank complimented his aptitude for skilled, in-depth research.

This fall, Darko got his wish when he was selected for the World Bank’s Young Professionals Program (YPP), a highly-competitive, five-year program that accepts young professionals demonstrating a commitment to international development and leadership potential.

Darko is joined as a first-year member of YPP by roughly 50 peers from around the world.

Also selected for this elite group is Hira Chana, who received her Ph.D. from Purdue’s agricultural economics department in Spring 2019. It is extremely rare, Channa said, for two students from the same institution and graduate program to be accepted at the same time. Since its genesis in 1963 only a total 1,800 professionals have moved through the program.

"This is a prestigious program that attracts top talent from all of the world and we are thrilled to have not one but two of our alumni selected," Jayson Lusk, agricultural economics professor and department head, said.

Like Darko, Chana’s interest in economics and international development have deep, personal roots. Channa worked for several years with the International Food Policy Institute in Islamabad, Pakistan, her home country. The organization collaborated with state ministries on issues of agriculture and water availability. A deepening interest in international development prompted Channa to come to Purdue. Her research focused on the best ways to minimize harvest loss for farmers in east Africa. She collaborated with the Purdue Improved Crop Storage (PICs) project to better understand the resources required by farmers to preserve their harvest while remaining solvent.

Just as her doctoral research allowed her to become well-versed in the issue of post-harvest loss in a specific region, Channa thinks her time with the World Bank will afford her in-depth knowledge of pressing development issues and allow her to gain regionally-specific knowledge.

“I’m so grateful for my time at Purdue,” Channa added. “I think the work I did there is really what led me to this program.”

For their first three years, YPP participants are based at the World Bank headquarters in Washington D.C. with frequent travel around the world. Channa and Darko both began at the World Bank’s agricultural unit in September, although their regional focus is different. For her first year, Channa’s work will center on Latin America and Darko’s will focus on South Asian countries, especially India. Both say it’s too early to know what to expect from the program, but they are enjoying the energy and concentration of expertise at headquarters.

“This is why I wanted to be here,” Darko said, “to do in-depth research that helps alleviate poverty around the world. I’m just so excited because I’m living my dream and it’s Purdue that helped prepare me for this.”