For those with broadband Internet, it often seems as if we are inundated with streaming movies, social media and the occasional entertaining cat video. That pervasiveness makes the practical ways in which broadband improves daily life go largely unappreciated – unless you are among the thousands of Hoosiers who don't have that access.

With broadband access, many people can work from home or start home-based businesses. Children can work on school projects or lessons for home e-learning days. Health conditions can be treated and monitored remotely, and local physicians can consult with specialists no matter where they are located. And, in a digital economy, broadband is a basic infrastructural necessity for community economic development.

Today, many people throughout rural Indiana and America are living in "Internet darkness," lacking the high-speed access that provides opportunity and improves quality of life.

Work at the Purdue Center for Regional Development has pulled in experts from the Department of Agricultural Economics and Purdue Extension to both quantify the extent to which Hoosiers in rural areas lack broadband access as well as the social and economic benefits that would accrue from addressing the issue.

"It's hard to think about broadband without thinking of how it touches almost every aspect of your life," says Bo Beaulieu, PCRD's director and assistant director of Purdue Extension's Community Development Program. "To me, one of the biggest challenges we face is how do we get the public to recognize the importance of adopting this particular innovation?"

To that end, PCRD-issued reports this year have gone a long way to inform public policy discussion on rural broadband. 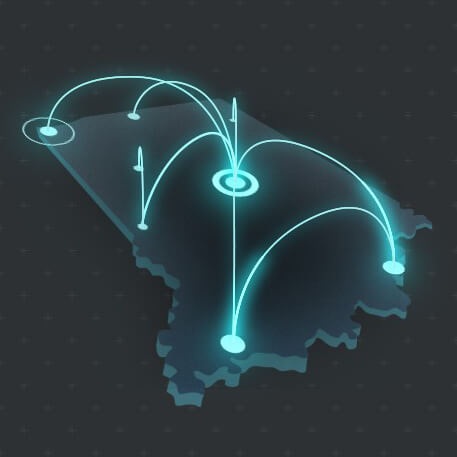 Wally Tyner, the James and Lois Ackerman Professor of Agricultural Economics, teamed up with agricultural economics professor Larry DeBoer and doctoral student Alison Grant to examine the net economic benefits that would arise over 20 years if an investment were made to extend broadband access to areas of rural Indiana. Complementary to that work, Roberto Gallardo, PCRD assistant director and Extension community and regional economics specialist, assessed the current state of broadband access in two regions of the state.

The economic analysis found a return of about $12 billion in present-value net benefits over two decades – or nearly $4 returned for every $1 invested. And while the state and federal government would see returns through increased revenue and reduced healthcare expenditures, the benefits also flow to the general public by improving access to modern healthcare and educational resources, consumer savings and farm income changes, and economic and workforce development. 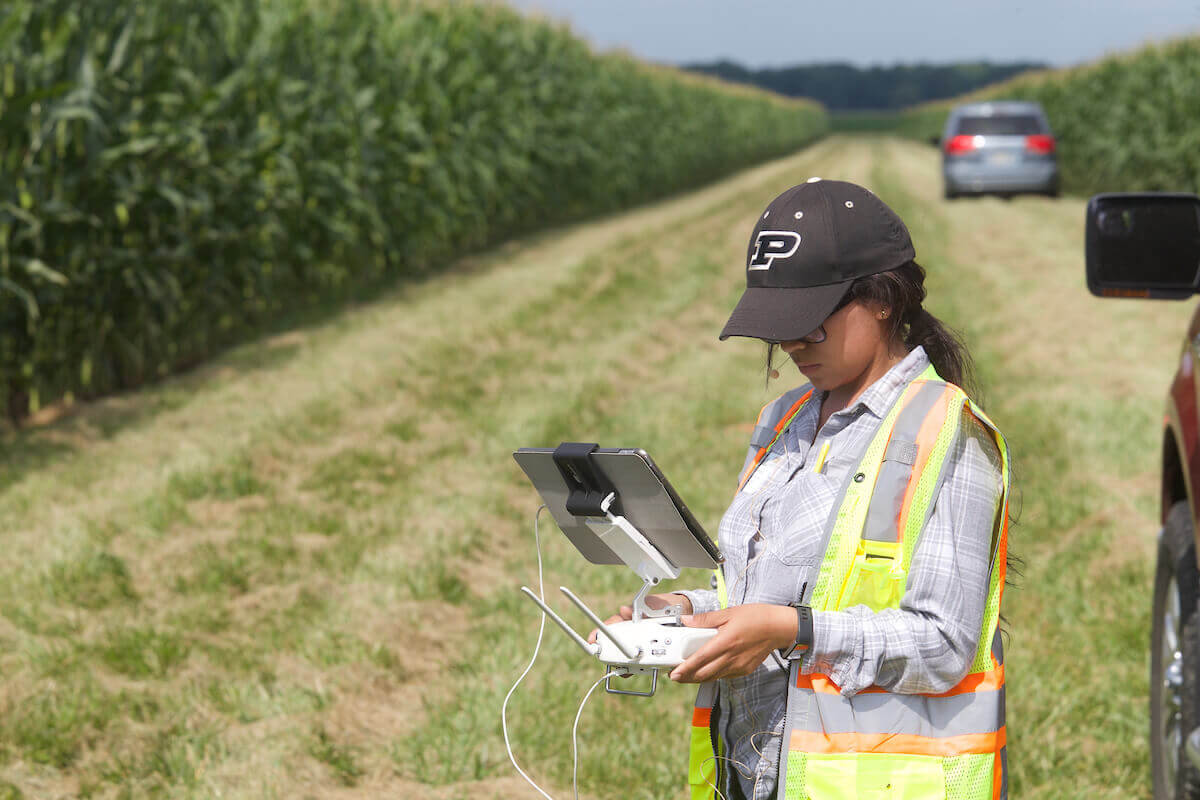 Shortly after that report was released, Gov. Eric Holcomb announced a $100 million investment to expand high-speed Internet to the state's rural areas. The state has also created a new position, director of broadband opportunities, to help guide broadband accessibility efforts and work with the Indiana State Department of Agriculture to ensure farmers and farm businesses are kept up to date advances in technology.

"The analysis has gotten a good reception regardless of political party," Tyner says. "I was told by the governor's broadband lead person that the study was very important in their decision."

Gallardo's work has helped identify some of the areas where Hoosiers are lacking high-speed Internet. One report examines the 10-county area around Tippecanoe County comprising the Wabash Heartland Innovation Network (WHIN), while a second study looked at a five counties in the Southern Indiana Development Commission area.

In the WHIN area, almost 26 percent, or 97,500 people, had no access to residential broadband. The counties in that area hardest hit by lack of access were Carroll (70 percent) and Warren (65 percent). In the southern Indiana study, about 21 percent of the population lacked residential broadband access.

"Just like 40 or 50 years ago, if you didn't have access to a four-lane highway or a railroad, you were pretty much out of the equation," Gallardo says. "Now the exact same thing applies to broadband."

Gallardo said his study also found that 45 percent of households with children in the southern Indiana study and over 27 percent of those in the WHIN area had limited or no access to broadband, creating a "homework gap."

"The homework gap refers to children having access to technology at school, but when they get home, some do not," he says. "This obviously puts them behind through no fault of their own." 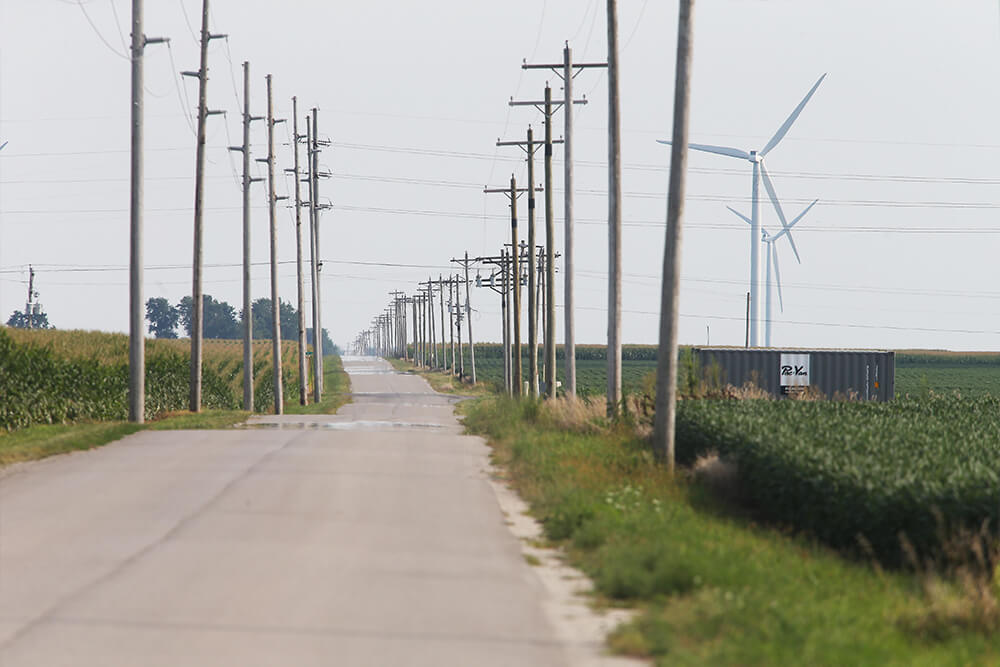 And this educational disadvantage also extends to those pursuing college-level studies online or earning credentials to help them advance in their jobs. These missions are at the core of online institutions such as Purdue University Global.

"Low-skill jobs are increasingly going to become automated, so it's important to have training resources in place to help elevate workers to the next rung on the workforce ladder," Beaulieu says. "Having broadband provides the avenue for them to get the certifications, like those offered by Purdue Global, needed to elevate people to better paying jobs."

Ron Holcomb is president and CEO of Tipmont REMC, which serves eight counties, several of which overlap with the WHIN area studied. He has been on the front lines as a vocal advocate for cooperatives working to expand broadband to the state's rural areas. 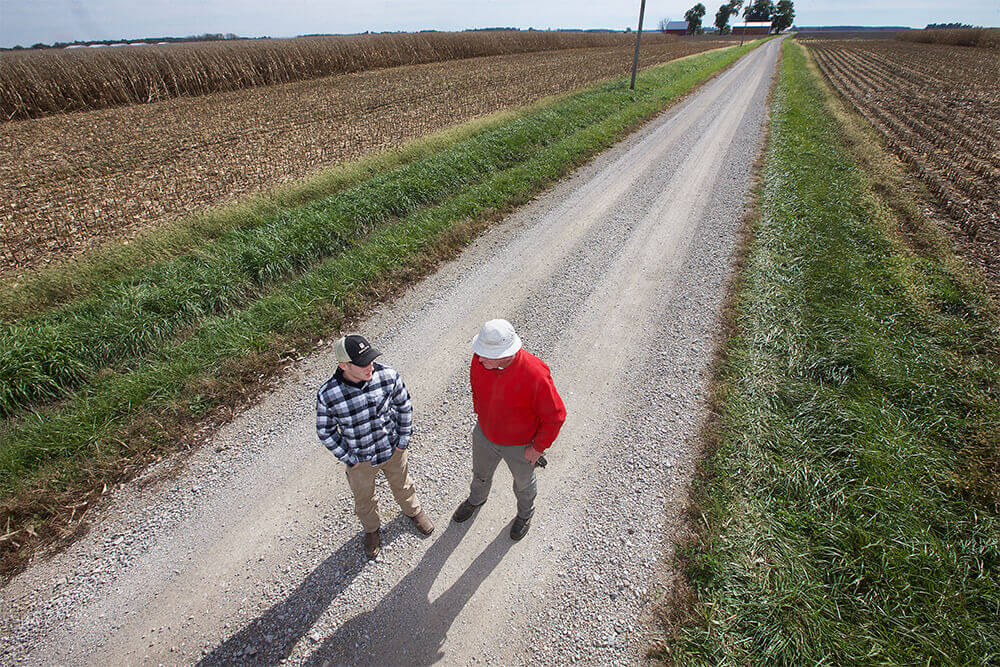 "This is very human," he says. "People are losing the basic infrastructure they need to be successful. And if they don't have it, their kids suffer because of schooling, they don't get e-health programs and they can't economically benefit.

"I can guarantee you that there are people within a 20-mile radius of Purdue's main campus today that cannot participate in Purdue Global – lots of them."

"There is much literature on the increase in civic engagement that occurs when more people have broadband," Tyner says. "People participate in more volunteer activities and are better connected with local civic organizations."

Tyner says that while the economic benefits are clear for federal and state governments, cooperatives are not able to capture enough returns in the market to justify rural broadband investments. For example, in urban areas the distance between homes can be measured in feet as opposed to miles in rural settings. Tipmont REMC has an average of 8.8 customers per mile of electric line, compared to an average of 48 per mile for municipal utilities. This increases the costs cooperatives have to bear just to reach potential customers.

"It's very much like the situation in the 1930s when very few rural homes had electricity," Tyner says. "The federal government realized an investment was needed and passed the Rural Electrification Act, which provided loans so cooperatives could build the electric infrastructure in rural areas. This policy almost singlehandedly led to rapid rural electrification."

The good news is that those involved in addressing the broadband darkness in rural Indiana are seeing a ray of light.

In addition to the funds from the governor, federal agencies like the Department of Agriculture and Federal Communications Commission have opened up more funding opportunities for cooperatives. Tipmont's Holcomb says if government can come up with 10 percent to 30 percent of the initial funding needed, cooperatives will take it from there.

"We're not asking for a handout," he says. "All we're saying is help us make sure we can build a sustainable business and that we need a little bit of capital on the front end to make that happen. The studies basically changed the conversation in America, and it was desperately overdue. The leadership that Purdue has shown in doing this work is going to have legs for years to come."

Holcomb says cooperatives want to do for broadband what they did for rural electricity.

"Nowhere in our mission statement does it say electricity," he says. "Whenever rural America is suffering because of a lack of essential services, that that is what co-ops need to address. Our belief is that just because you live in rural America, that doesn't mean you should get second-class anything."