World pork markets have been disrupted the last couple of years, first by African Swine Fever (ASF) in China followed by a U.S.-China trade dispute and then, in 2020, by the coronavirus. ASF drastically reduced pork production in China starting in 2018 and continuing into 2020. The reduction in China’s domestic pork production created a tremendous opportunity for the U.S. to increase pork exports to China to help fill the animal protein void in Chinese consumers diets. So, what has actually taken place so far in 2020?

Despite pork supply chain disruptions in the U.S. resulting from coronavirus, U.S. pork exports increased dramatically. From January through May 2020 pork exports rose 21% above the prior year. But it’s pretty clear that pork exports would have been even larger if it were not for the disruptions that took place as a result of COVID-19 cases leading to processing plant closures and slowdowns as well as weakness in some major importers economy’s. You can see this when looking at the monthly totals as U.S. pork exports during January rose 39% above a year earlier while February’s total was up 46% compared to February 2019. But by April and May pork exports, although remaining strong, rose a combined 22% above the same period in 2019. That was still an impressive export performance, however, given that pork production during that two-month period was actually 13% lower than during April-May 2019 as a result of plant closures and slowdowns. 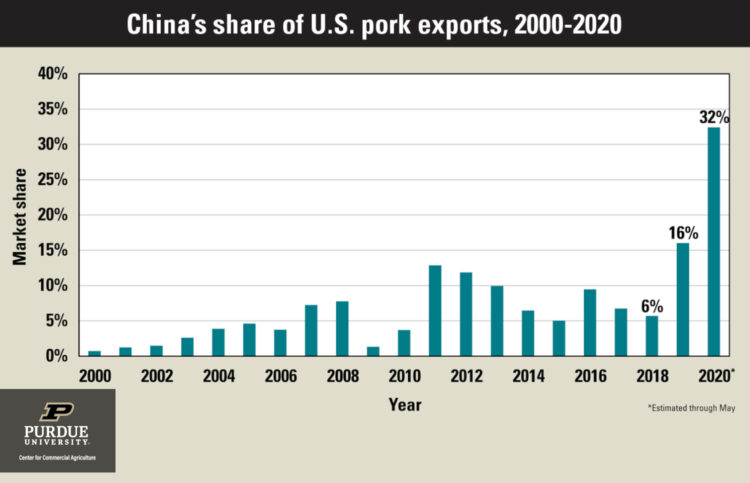