Corn price futures for the July 2021 contract (December 2021 contract) increased from $4.68 per bushel ($4.31 per bushel) in early January to $6.56 ($5.57) for the week ending April 30.  Moreover, using the iFarm price distribution tool there was a 25 percent chance on May 4 that the expiration price for the December corn futures contract will be below $4.50 per bushel and a 25 percent chance that price will be above $6.50.  Given that the U.S. stocks to use ratio is currently only 9.2 percent and continued questions related to U.S. corn acreage in 2021, there is tremendous uncertainty regarding corn prices for the rest of this year.  To address this uncertainty, this article examines the impact of relatively high corn prices on feeding cost of gain for cattle finishing. 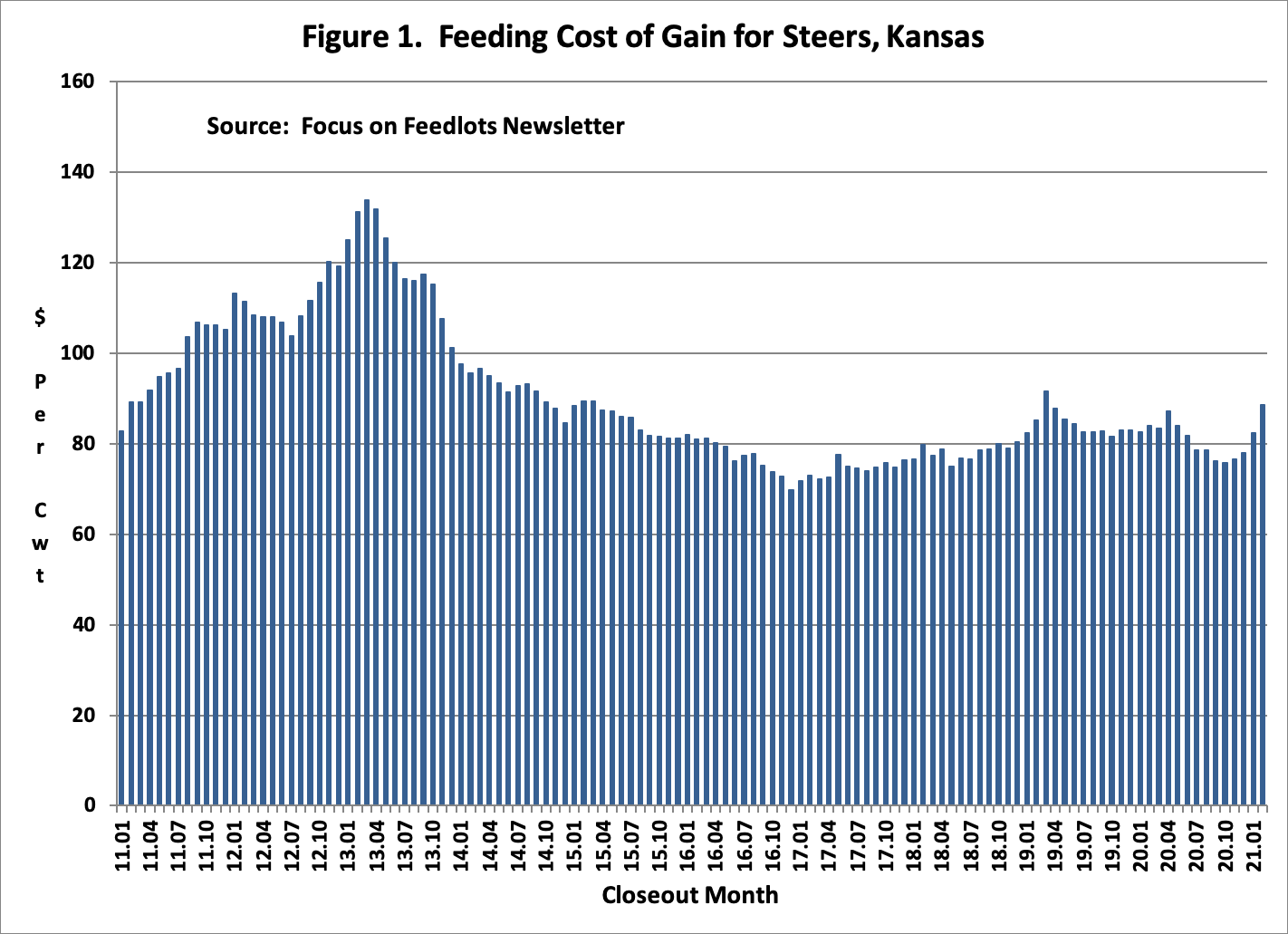 Sensitivity of Feeding Cost of Gain to Changes in Corn Prices

COVID-19 and fluctuating fed cattle and feed prices resulted in another challenging year for cattle finishers. This article updates feeding cost of gain, breakeven prices, and net return estimates for 2020 and provides projections for the first half of 2021.

Purdue ag economists Carson Reeling, Nathanael Thompson and James Mintert will discuss the opportunities and challenges of the carbon markets for row crop producers on Thursday, June 24, 2021 at 12:30 p.m. EDT.