Is the Current Farm Prosperity Sustainable?

Agriculture is a notoriously cyclical industry, and is now experiencing one of its “boom” times. Given agriculture’s previous boom and bust cycles, it is logical to ask what might be different this time – will today’s robust incomes and wealth continue and what are the consequences if they do not? Developing an answer to such a question is a challenging task. To understand the future outlook for agricultural prosperity, we examine some of the fundamental issues surrounding supply, demand, costs/margins, and wealth in the agricultural sector.

In recent years, due to adverse weather and poor crop yields, global supplies have not kept pace with growing global demand, leading to record low inventories for many crops. Farmers, however, are already responding to higher prices by boosting their production capacity. For example, the world’s harvested acreage of corn, soybeans, and wheat increased by 15% percent from 2000 to 2011.1 Moreover, the prospects of a rebound in global crop production are high with the promises of enhanced genetics and more intensive use of crop production inputs.

Government policy can also shape farmers’ future supply response. The U.S. Conservation Reserve program currently contains almost 32 million acres, down from 36.8 million acres in 2007, with over 10 million acres of maturing contracts during the next two years that may or may not be re-enrolled (USDA). In the rest of the world, policies that encourage R&D and infrastructure investments and support the intensification of agricultural production can also bolster agricultural supplies.

Numerical analysis of crop budgets suggests that the production capability of farmers could modestly alter U.S. farm profits. Based on the Food and Agricultural Policy Research Institute’s (FAPRI 2011) 10 year forecasts of the net returns to corn production, U.S. corn yields are projected to rise 1.4 percent and average 173.6 bushel per acre over the next 10 years. If yields were to rise 2.0 percent per year and average 178 bushels per acre, average annual net returns per acre could rise almost 6 percent, assuming no price response from rising supplies. In contrast, if yields would rise a more modest 1 percent, net returns could fall by 4.4 percent, assuming no price response.

Even if agricultural production expands, fuel and food demand growth will be critical in sustaining farm profitability. Policy changes and broader economic conditions could alter fuel and food demand. In particular, U.S. and global fuel policies, which sparked the rapid expansion of the renewable fuel industry, reshaped global grain demand. Yet, after tripling its production over the past decade, the U.S. ethanol industry is quickly approaching its maximum government policy mandated demand of 15 billion gallons of corn based ethanol. The environmental and agricultural coalitions that provided the political support for ethanol have become frayed, raising concerns about the political support for current biofuels policy (McNally 2011). Any additional demand must emerge from market forces, and recent research suggests that crude oil prices need to rise and stabilize well above $100 per barrel to spark market based demand (Babcock 2011).

Food demand growth, in particular protein demand and export activity, is highly dependent on global income and population growth. Longer term, the prospects of global populations reaching 9 billion people in 2050, and the continued income gains in emerging economies, are underpinning a bullish attitude toward global food demand and a shift in global food consumption from plant to animal protein diets. A sluggish economic recovery, however, could tarnish the luster of global demand as anemic job gains and modest wage growth could trim U.S. food demand, especially at restaurants. Sovereign debt crises across the globe, the associated financial stress, and weaker forecasts of global economic growth could also dim global demand prospects. In the fall of 2011, commodity prices dropped as concerns about European sovereign debt defaults intensified and led to a flight to safety in financial markets and a higher value of the dollar. In emerging nations, such as China, economic growth prospects are increasingly uncertain with government response to bouts of higher and lower food price inflation and the threat of slowing demand for Chinese goods from important export markets like the EU. The result of a slow down in growth in personal incomes China would be slower growth in food exports to that country.

Numerical analysis of crop budgets suggests shifting market prices could dramatically alter U.S. returns. FAPRI estimates that corn prices could average $4.80 per bushel over the next 10 years, with a 10 percent probability of prices averaging $6.00 per bushel and a 10 percent probability of prices averaging $3.50 per bushel. Based on these high and low price scenarios, average annual net returns per acre to U.S. crop production could more than double if prices reached $6.00 per bushel, or fall by more than half if prices dropped to $3.50 per bushel.

Rising production costs will also determine margins and net income. In 2011 prices of purchased inputs such as fertilizer and seed increased by 28 and 7 percent over the prior year respectively, and have nearly doubled since 2005. Land costs are rising as well, as reflected by a 43 percent increase in cash rents in the Corn Belt from 2005 to 2011. At the same time, land prices surged 76 percent, increasing fixed costs for land owners. For livestock producers, feed prices have soared 91 percent between 2005 and 2011.2

Going forward, costs are not expected to increase as rapidly as they have in the past year (FAPRI 2011). Input prices, however, are sluggish to adjust and, thus, the historically high current margins exhibited by the grain industries could narrow. Numerical computations illustrate the potential impact of high and low cost scenarios on margins (holding output prices and yields at 2011 FAPRI forecast levels) for typical Midwest corn farmers. If production costs rise 3.5 percent, the largest 10 year average annual increase in input costs, net returns per acre to crop production could fall roughly 7 percent. In contrast, if production costs rise 0.5 percent, the smallest 10 year average annual increase, net margins could rise more than 10 percent.

A combination of different scenarios could intensify these potential impacts. For example, consider a worst case scenario where farmers face limited yield gains over the next decade with sharply rising input costs, and food and fuel demand falls markedly resulting in lower prices. In this scenario, net returns per acre could plummet below 2006 expectations. Alternatively, farmers could face a scenario of rising yields with limited production cost increases over the next decade, and sharply rising demand to boost commodity prices even further. In this scenario, net returns could rise another 70 percent. Give today’s uncertainty and market volatility, farmers may need to prepare for the remote possibility of significantly larger or smaller profits – a major risk management challenge.

The potential for capital losses on farmland in particular will depend on how much land is offered to the market – the offer curve – as well as the afore-mentioned demand as shaped by interest rates and residual returns. If the amount of land offered to the market increases significantly because current owners find more attractive investments or they encounter financial stress because of high leverage and are forced by the lender to sell the property, land values could decline significantly. Neither of these phenomena appears to characterize the current farmland market. The potential decline in farmland values and farm wealth if/when interest rates rise and incomes decline is significantly mitigated by the current ownership (primarily farm operators or family members, not investors) and financial (low leverage) characteristics of the farm sector. But in areas where investors dominate ownership or land is owned primarily as a portfolio asset, offerings to the market could increase if returns on alternative investments increase and farmland returns fall, resulting in a decline in land values and farmer wealth.

Who is Most Vulnerable?

The impacts of shifting farm incomes and wealth vary across agricultural participants. As for income, livestock producers are most likely to be the first to face income pressures if prices for their products decline because of reduced domestic and export demand; feed costs will be more sluggish to decline because of the time it takes to rebuild feed grain stocks as well as the mandated inelastic demand for corn in bioenergy production. Moreover, the livestock sector has experienced significant losses in the recent past (3-5 years) which has resulted in decreases in retained earnings, capital losses and higher leverage as debt has been used to cover cash flow deficits.

Grain crop farmers may, in general, be less vulnerable to more “normal” margins, in large part because they have not experienced the recent losses and increased debt use to cover those losses as have livestock producers. In addition, their wealth from retained earnings and the capital gains from rising land values provide significant buffering from potential financial stress.

Farmers with higher financial leverage are clearly more vulnerable. Recent analysis of the financial condition of farmers indicates that those who are younger (less than 35 years of age) have significantly higher debt loads and debt to asset ratios than the industry average (Briggeman 2011a; Ellinger 2011). Those farm families with significant amounts of non-farm income may also be less vulnerable to reduced incomes, unless they are in industries with higher rates of unemployment which is the case in the Rust Belt, Eastern Corn Belt and parts of the Southeast (Briggeman 2011b).

Those with higher proportions of their farmland base controlled with rental arrangements are likely more vulnerable to declining incomes because farmland rents have historically been sluggish to adjust to reduced incomes. If interest rates increase and incomes fall, farmland owners are vulnerable to wealth deterioration, even if it is not financed with debt. Yet, wealth destruction depends significantly on the behavior of owners of farmland — will they “hold property off the market” in spite of reduced returns and the prospects of declining farmland values. Or, will they attempt to sell into a market characterized by higher interest rates, lower returns, and higher risks but less risk appetite on the part of prospective buyers, thus driving farmland values down?

The fundamental logic and forces of markets as verified by history suggest that abnormally high incomes and wealth accumulation are typically not sustainable, particularly in an increasingly globally competitive market-driven commodity industry. Furthermore, if history repeats, the impact of a dissipation of prosperity in farming will not be contained to the farm sector. Machinery and equipment, chemical and fertilizer, seed and breeding, and farm storage and facility manufacturers and retailers in particular will likely experience lower sales and margins. And rural communities dependent on such businesses will also be negatively impacted.

2 All comparisons in this paragraph use data from the USDA-NASS Quick Stats Database, http://quickstats.nass.usda.gov/ 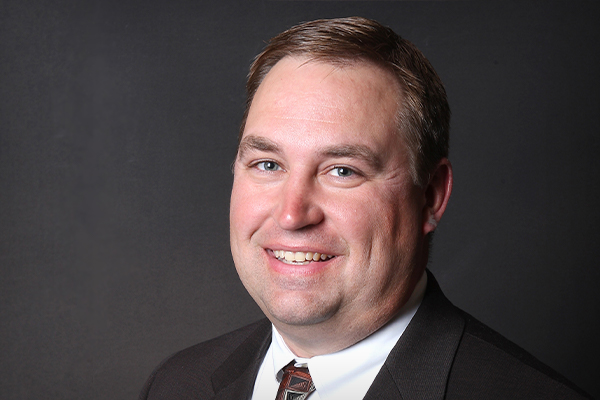 The Purdue Crop Cost and Return Guide offers farmers a resource to project financials for the coming cropping year. These are the October 2021 crop budget estimations for 2022.