Pigs per litter data for the U.S. is available from USDA-NASS on a monthly, quarterly, and annual basis.  Figure 1 illustrates actual and predicted pigs per litter from 1993 to 2018.  A simple linear trend was used to predict pigs per litter for each year.  The annual growth rate in pigs per litter was 0.10 pigs per year or 1.07 percent.  This may seem small, however, over the 26-year period, this equates to 2.57 pigs or an increase of approximately 32 percent.

Figure 1. Trend in Pig per Litter

Improvements in production performance, such as litters per sow per year and pigs per litter, have impacts on the number of sows needed to supply the domestic and export markets.  Obviously, if pigs per litter had not increased over the last few decades, we would need a much larger sow herd.  In addition to production performance, the increasing market weight of barrows and gilts has impacted the size of the sow herd needed to supply our markets.  To provide some perspective on the importance of production performance and market weights, we will contrast the growth rates in sows farrowed, pig crop, and swine production in pounds.  The annual growth rate in the U.S. sow herd during the 1993 to 2018 period is less than 0.01 percent.  In contrast, the annual growth rate in the U.S. pig crop and U.S. swine production are 1.13 percent and 1.87 percent, respectively.

In closing, pigs per litter has increased at a rate of 0.10 per year since 1993.  Another way of stating the same thing, the annual growth rate of pigs per litter in the U.S. was 1.07 percent from 1993 to 2018.  Continued improvements in production performance will help ensure the U.S. swine industry remains competitive. 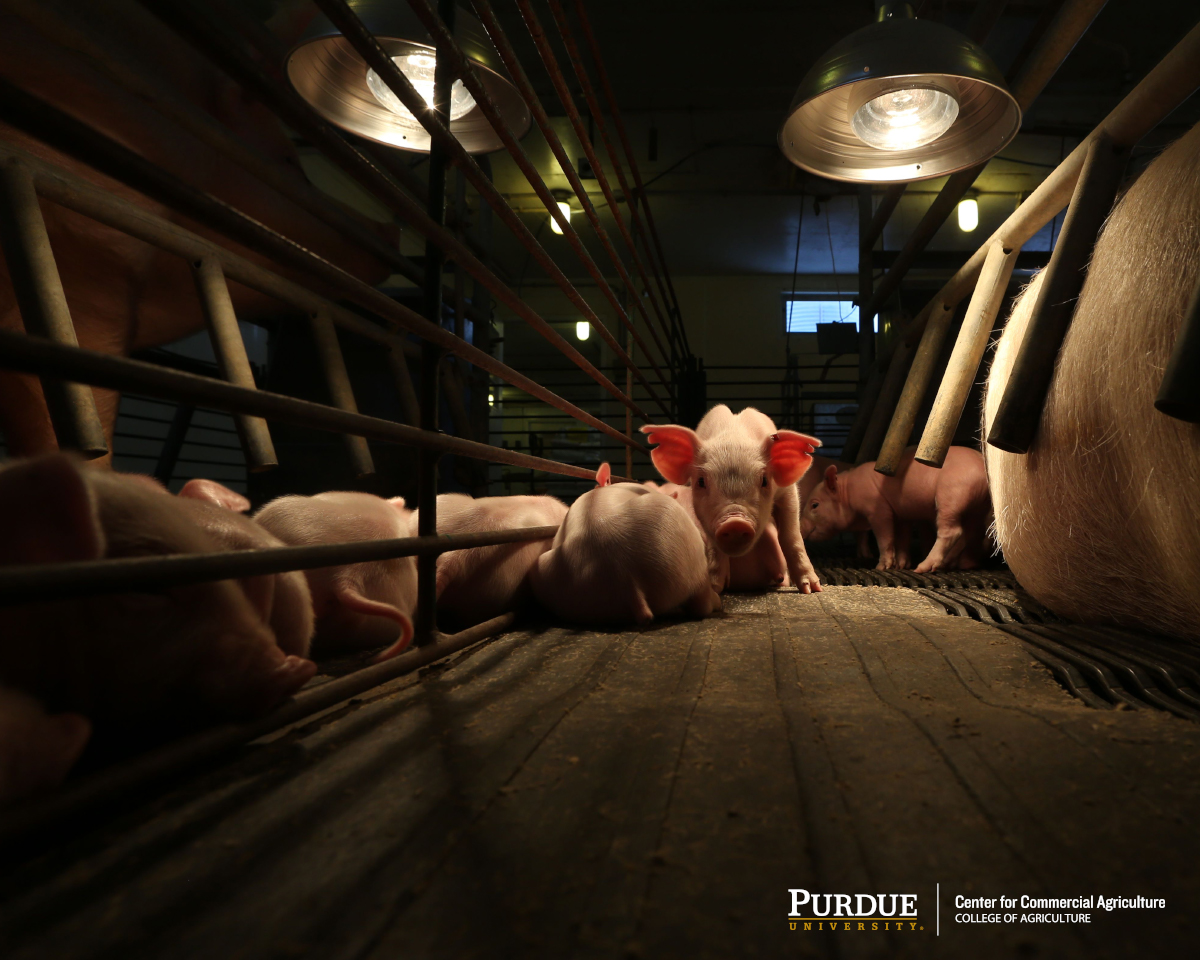 Prospects for Swine Feed Costs in 2023

Corn prices are 25% higher and soybean meal prices are 1% higher. Given that many of the supply and demand factors impacting the 2022 crop are going to persist way into 2023, what are the prospects for feed costs for farrow-to-finish and swine finishing production in the upcoming year?

Exports Continue to Be A Bright Spot for U.S. Pork Sector

Prospects for Swine Feed Costs in 2022

Given the uncertainty related to supply and demand, feed prices are likely to remain volatile during the 21/22 marketing year. This article examines trends in feed costs as well as the impact of corn and soybean meal prices on feed costs for farrow-to-finish and swine finishing operations.