Working capital represents the liquid funds that a business has available to meet short-term financial obligations. The amount of working capital a business has is calculated by subtracting current liabilities from current assets. Current assets include cash, accounts receivable, inventories of grain and market livestock, prepaid expenses (e.g., feed, fertilizer, and seed inventories), and investment in growing crops. Current liabilities include accounts payable, unpaid taxes, accrued expenses, including accrued interest, operating lines of credit, and principal payments due in the upcoming year on longer term loans.

Working capital provides the short-term financial reserves that a business needs to quickly respond to financial stress as well as to take advantage of opportunities. It provides a buffer to financial downturns that might impair the farm’s ability to purchase inputs, service debt obligations, or to follow through on its marketing plan. It also provides the financial resources to quickly take advantage of opportunities that might develop (e.g., rent additional ground; purchase land; add a family member to the operation). 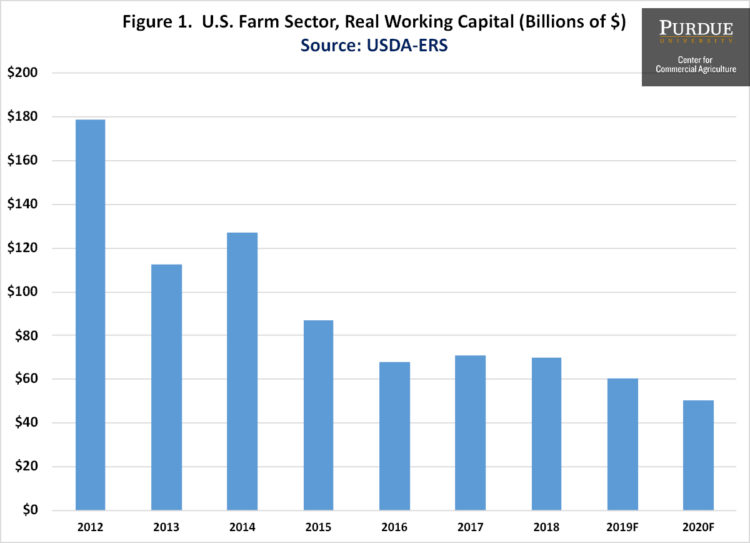 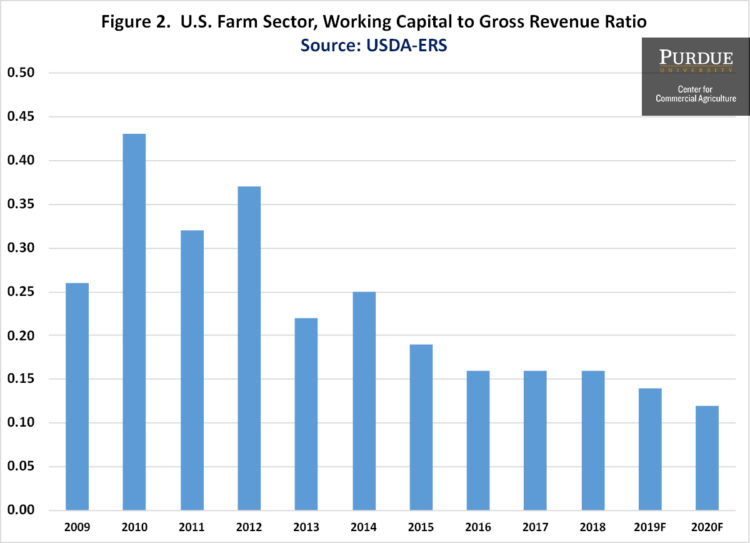 Using FINBIN data summarized by the Center for Farm Financial Management at the University of Minnesota, the average working capital to gross revenue ratio declined from 0.431 in 2012 to 0.257 in 2018.  Using a sample of Kansas Farm Management (KFMA) farms with continuous data from 1999 to 2018, Langemeier and Featherstone indicated that the working capital to value of farm production ratio peaked in 2015 at 0.838 and dropped to 0.607 in 2018, which was still above the pre-2007 levels.

Difference in Working Capital among Farms

Langemeier, M. and A. Featherstone.  “Examining Trends in Liquidity for a Sample of Kansas Farms.”  Center for Commercial Agriculture, Purdue University, November 15, 2019.

As cash flows from the farm operation become tighter due to COVID-19 and weaker commodity prices, it is necessary to…

The addition of cover crops to a farm’s agricultural system can have significant impacts on the bottom line of the business.  Despite strong agronomic evidence of the positive impact cover crops have on soil health, farmers are often hesitant to adopt cover crops.