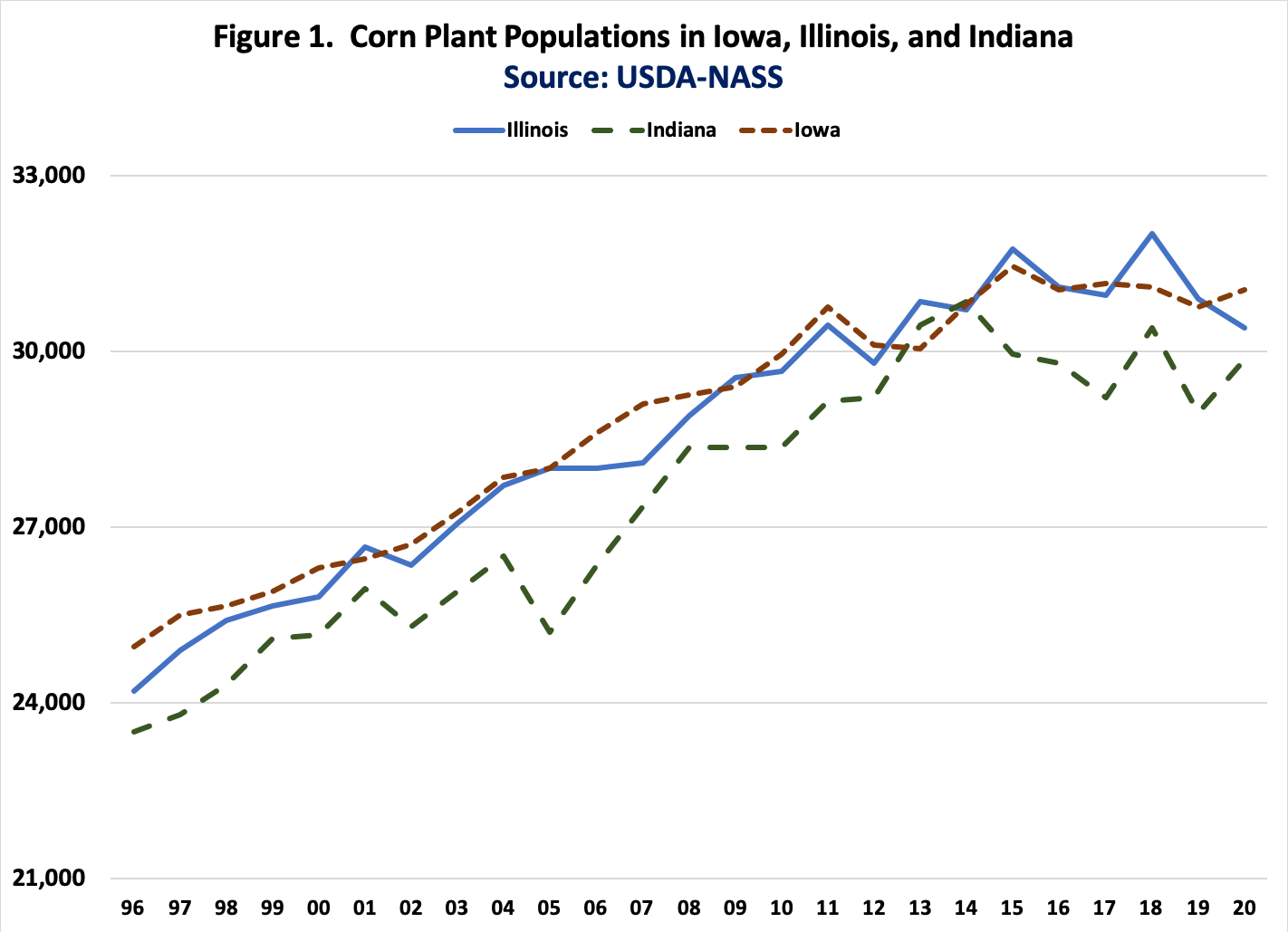 To examine the relative importance of changes in seed price and plant population to changes in seed costs, we developed indices for all three of these measures.  Figure 2 presents indices for seed cost, seed price, and plant population in the three states represented in figure 1 (i.e., Iowa, Illinois, and Indiana) from 1996 to 2020.  The base year for each measure was 2011. 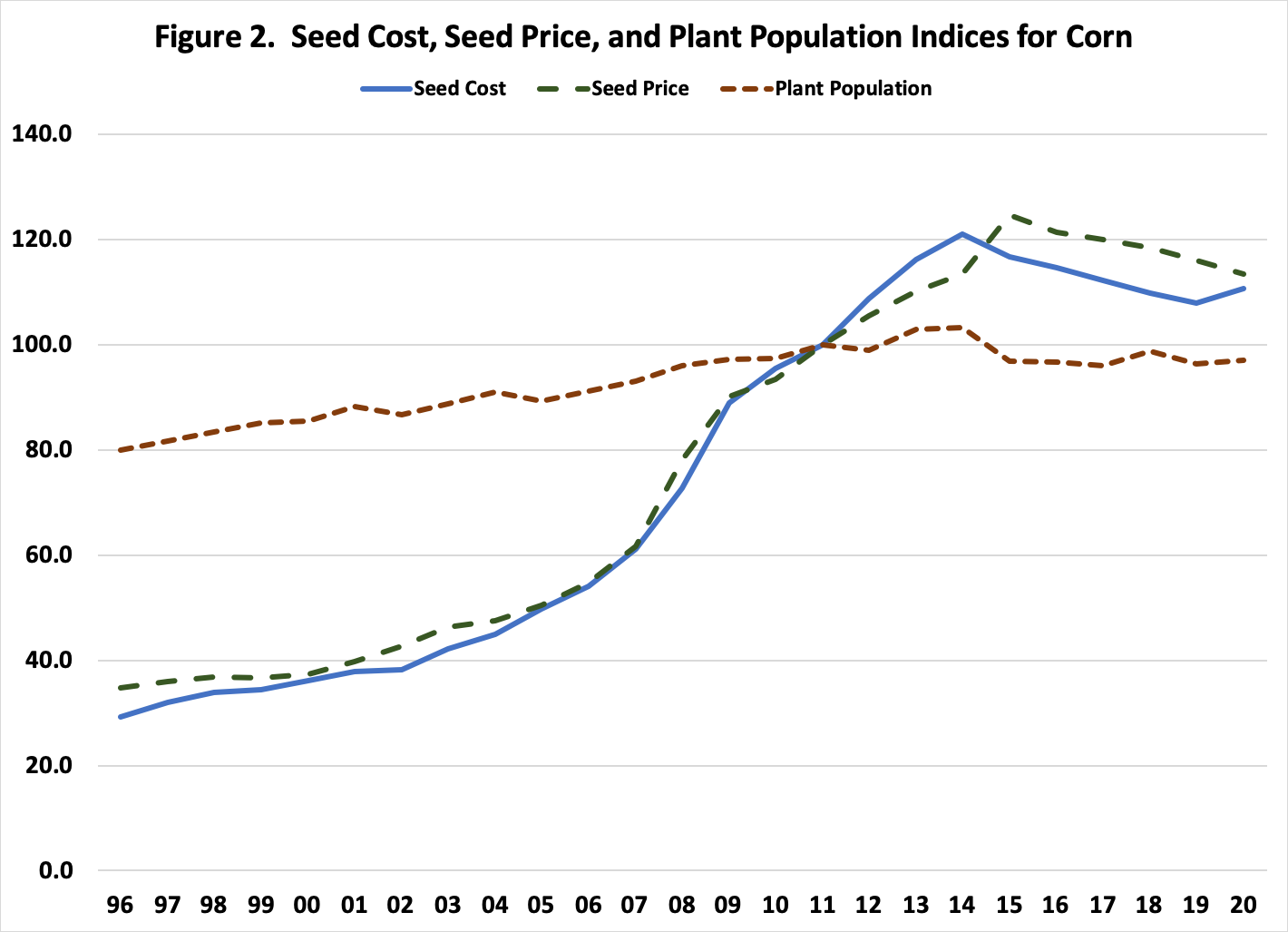 Purdue ag economists Carson Reeling, Nathanael Thompson and James Mintert will discuss the opportunities and challenges of the carbon markets for row crop producers on Thursday, June 24, 2021 at 12:30 p.m. EDT.