Variability in corn and fed cattle prices has certainly been the norm in the last few months. Corn futures prices for the nearby contract were approximately $3.70 in mid-May, $4.35 in mid-July, and $3.50 in mid-September. Average fed cattle prices in Kansas for the first and second quarters of 2019 were $125.06 and $117.32, respectively, and are expected to average only $106.21 in the third quarter. This paper updates estimates made in an earlier article (here). Specifically, this paper discusses trends in feeding cost of gain, the feeder to fed price ratio, net return prospects for the next several months.

Several data sources were used to compute net returns. Average daily gain, feed conversion, days on feed, in weight, out weight, and feeding cost of gain were obtained from monthly issues of the Focus on Feedlots newsletter (here). Futures prices for corn and seasonal feed conversion rates were used to project feeding cost of gain for the next several months. Net returns were computed using feeding cost of gain from monthly issues of the Focus on Feedlots newsletter, fed cattle prices and feeder cattle prices reported by the Livestock Marketing Information Center (LMIC) (here), and interest rates from the Federal Reserve Bank of Kansas City. 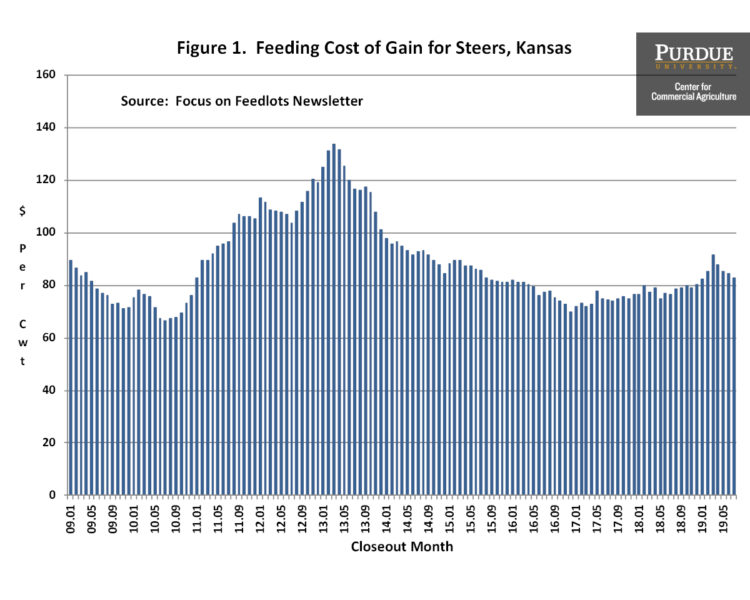 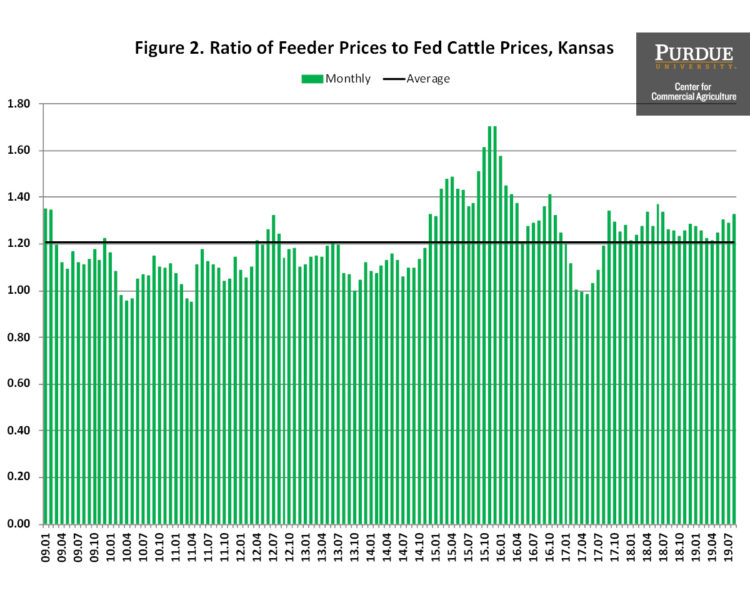 Monthly steer finishing net returns from January 2009 to July 2019 are presented in Figure 3. It is important to note that net returns were computed using closeout months rather than placement months. Net returns averaged $111 per head in 2017 and a negative $45 per head in 2018. Net losses for the first six months of 2019 averaged $52 per head. For the third quarter, net losses are expected to range from $97 in July to $275 in September, and average $180 per head. 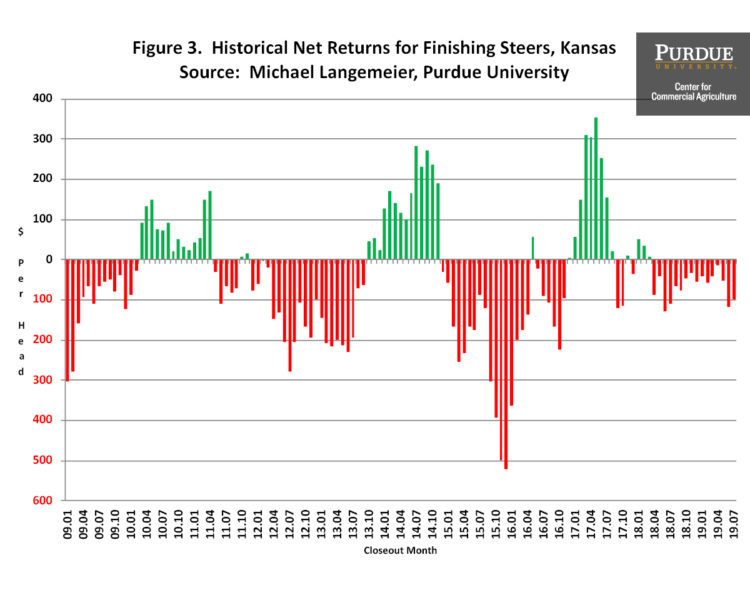 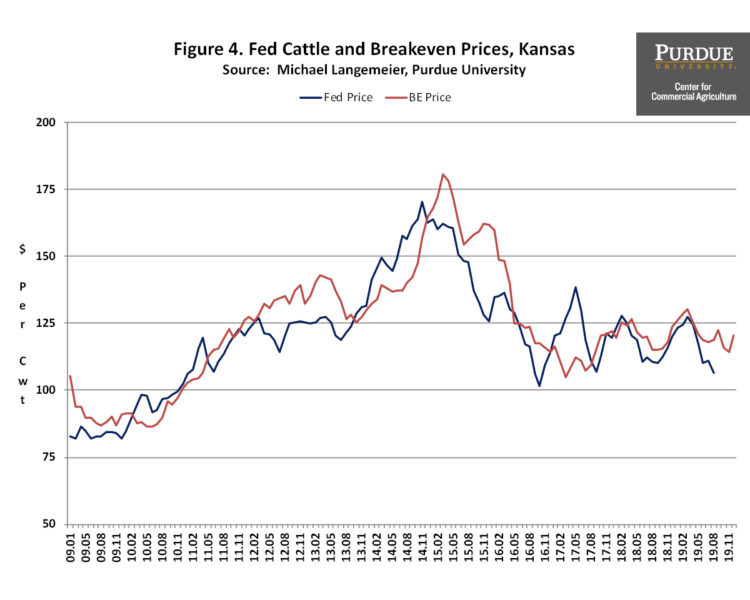