by Michael Langemeier and Michael O’Donnell 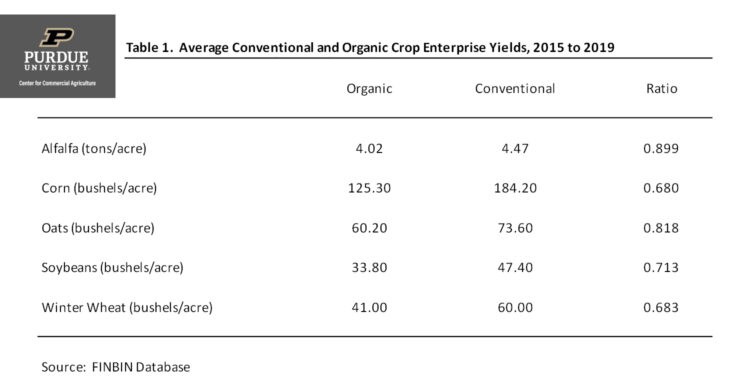 Gross revenue, total expense, and net return to land per unit for alfalfa, corn, oats, soybeans, and winter wheat are presented in table 2.  Gross revenue includes crop revenue, crop insurance indemnity payments, government payments, and miscellaneous income.  Total expenses include all cash and opportunity costs, other than those associated with owned farmland.  Farmland costs included in the total expense reported in table 2 were comprised of cash rent, real estate taxes, and interest, which would be lower than the full opportunity cost on owned land.  Just to give the reader some idea as to how large this excluded cost may be, you would need to add an estimated $0.15 per bushel ($0.50 per bushel) to the total expense for conventional corn (conventional soybeans) if you wanted to account for the full opportunity cost on owned land.  Also, note that the per unit net returns presented in table 2 represent a net return to land rather than an economic profit. 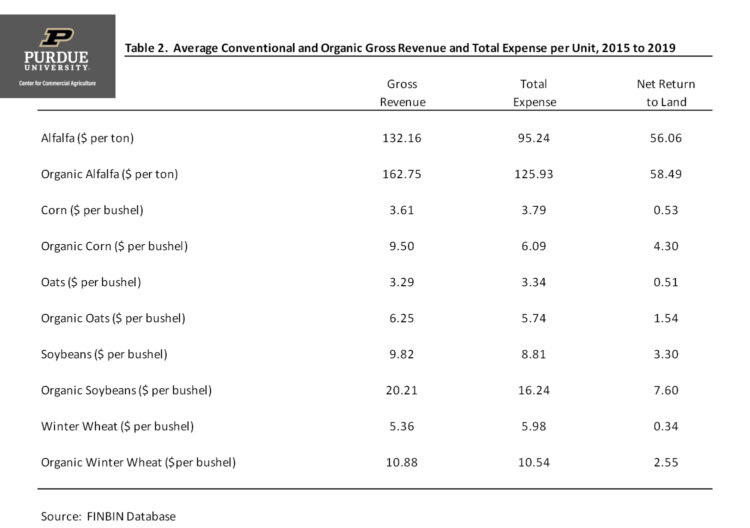 Table 2. Average Conventional and Organic Gross Revenue and Total Expense per Unit, 2015 to 2019

Difference in Net Returns Among Farms 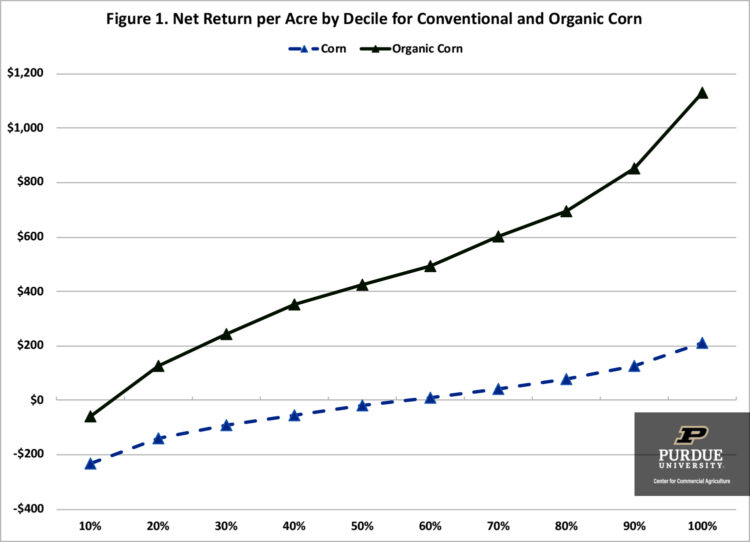 Figure 1. Net Return per Acre by Decile for Conventional and Organic Corn 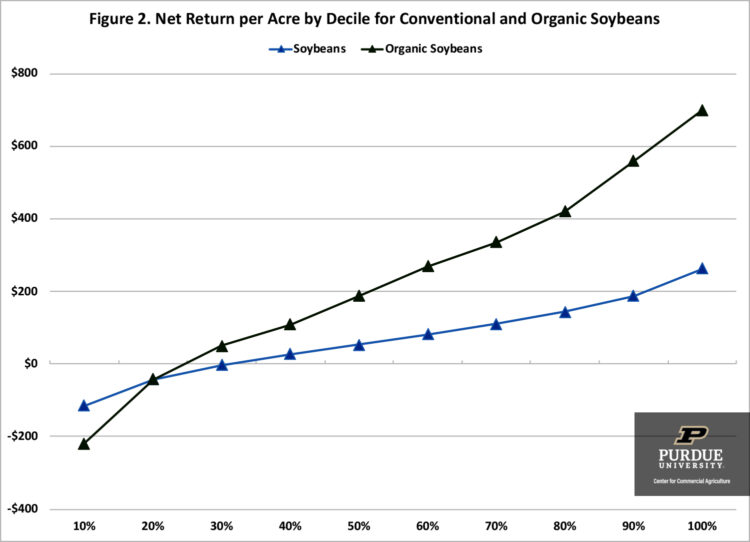 Figure 2. Net Return per Acre by Decile for Conventional and Organic Soybeans

What can we make of the results in figures 1 and 2?  First, there is a larger difference in net returns between the organic producers than there is between the conventional producers.  This result could be due to learning effects or the more complicated rotations associated with organic crop production.  Second, obtaining a boost in net returns from organic soybean production appears to be much more difficult than it is for organic corn.  This could be due to weed control issues often encountered when producing organic soybeans.  The results in figures 1 and 2 stress the importance of examining the sensitivity of budgeted net returns for organic crops to changes in price, yield, and cost assumptions before transitioning acres.

This article compared crop yields, gross revenue, total expense, and net returns for conventional and organic corn and soybeans.  FINBIN data (Center for Farm Financial Management, 2020) were used to make the comparisons in this article.  Consistent with previous work, the organic enterprises had lower crop yields, higher crop prices and gross returns, and higher net returns.  However, there was a much wider difference in enterprise net returns among organic corn and soybean enterprises than there was among conventional corn and soybean enterprises.  This wider difference is likely due to the difficulty of managing an organic crop system, and the learning curve associated with growing organic crops. 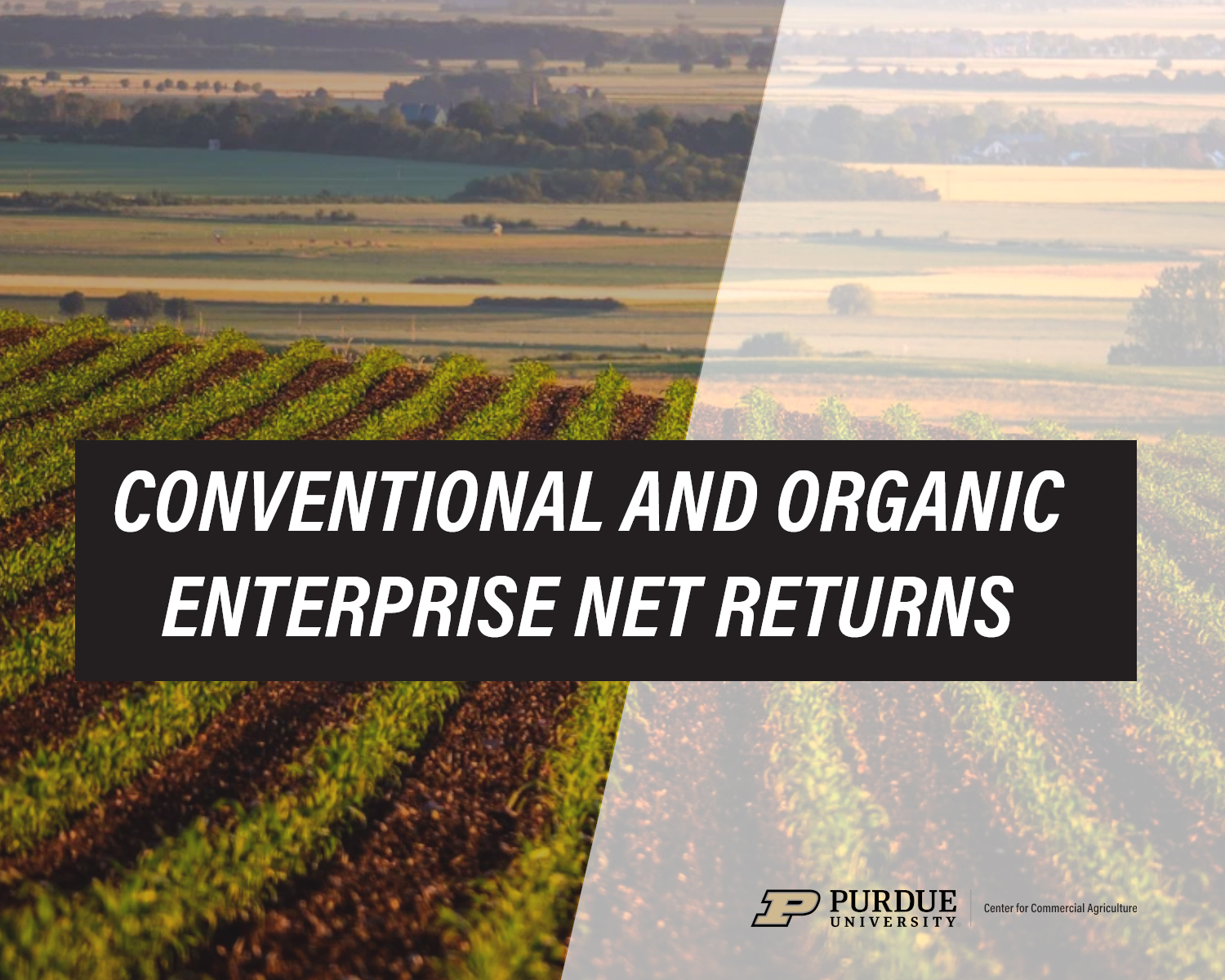 The Purdue Crop Cost and Return Guide offers farmers a resource to project financials for the coming cropping year. These are the December 2021 crop budget estimations for 2022.